Reports suggest that a serac wiped out the Base Camp. Five South Korean and four Nepali climbers were killed. 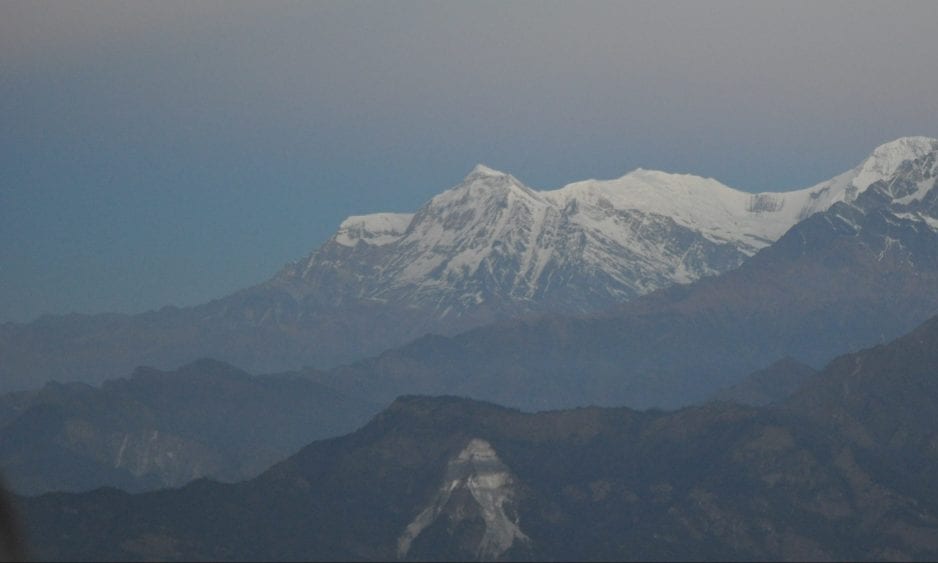 Nine climbers died in an accident at the base of Gurja Himal (7,193 meters), Nepal, on Friday, October 12, in what was the greatest loss of life in Himalayan climbing since the 2015 avalanche that killed 18 people on Everest.

The dead, all from the same expedition, numbered five South Korean climbers and four Nepali climbers. The expedition had hoped to forge a new route to the top of the infrequently attempted Gurja Himal, and to name the route “One Korea — Unification of North and South Korea.”

Details of the accident are still few, but a violent storm rolled through the region on Friday. The storm him the climbers when they were at approximately 3,500 meters. Suraj Paudyal, one of the rescue party that reached the scene on Sunday, told AFP. “It seems that seracs (glacial ice) and snow fell from high on the mountain and the strong gusts of winds from that hit the campsite, throwing the climbers off.”

The BBC reports that the climbers had “broken bones and head wounds.” Dan Richards, who assisted with the body-retrieval operation with Global Rescue, said, “Base camp looks like a bomb went off.”

Kami Rita Sherpa, who has summited Everest a record-number 22 times, speculated in an email to Rock and Ice that the Sherpa were “not experienced” in guiding.

The leader of the expedition was South Korean Kim Chang-ho, who had climbed the world’s 14 peaks over 8,000 meters tall without the aid of supplemental oxygen in a record 7 years 11 months 14 days. Only 19 people have accomplished the feat.

Chang-ho’s approach to the 8,000ers was unique in that he tried to climb them in what he called an “eco-friendly” style— meaning that he would travel from sea-level to summits without the aid of vehicles.

On his climb of Everest—the last outstanding 8,000er that he needed to set his record—Chang-ho started from Sagar Island, off the coast of India in the Bay of Bengal. He then canoed, bicycled and trekked over a thousand miles to Everest Base Camp, before finally starting the climb proper and reaching the summit on May 20, 2013.

Though his “From 0 to 8848” expedition was his biggest claim to fame, Chang-ho was also a highly-skilled technical alpinist. In 2012, he made the first ascent of Himjung, a 7,092-meter peak in in the Peri Himalaya Range, Nepal, along with his countryman Ahn Chi-young. They earned a Piolet d’Or for their route, which they graded 5.10+ WI 4 M6. In the American Alpine Journal, Chi-young wrote of the moment when Chang-ho joined him on the summit to cap their first-rate first ascent: “We cheered and embraced like little kids.”

Chang-ho also received an honorable mention in the 2017 Piolets d’Or for a new route on Gangapurna (7,455 meters), Nepal, with Cho Seok-mun and Park Joung-yong.

May they rest in peace.