2018 Ouray Ice Festival is Biggest Ever 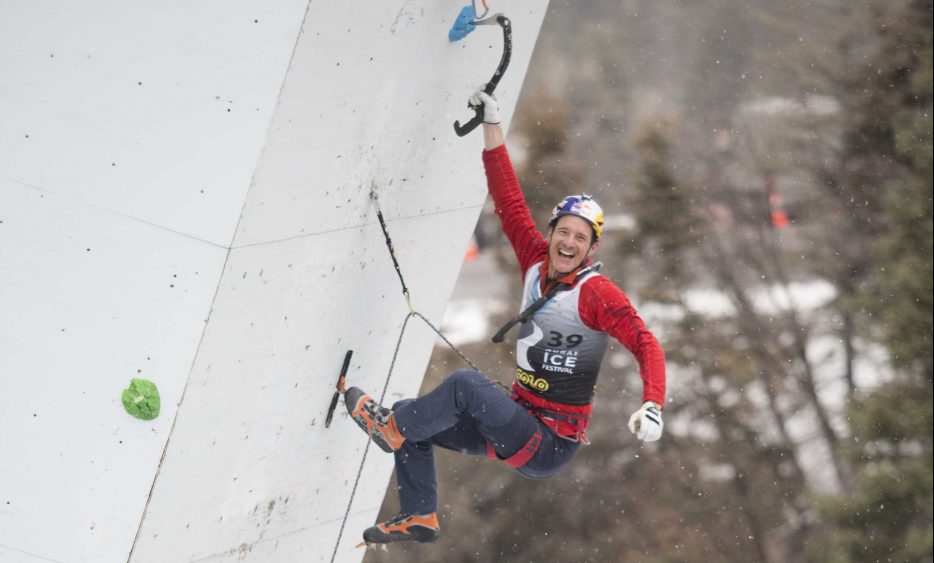 Will Gadd—50 years young—all smiles after topping out the mixed route with ease. Gadd finished in fifth place overall in the mixed competition. Photo: John Evans.

The 23rd annual Ouray Ice Festival is a wrap! Weather on Sunday turned blustery with blizzard conditions descending on the Ice Park for the speed competition, but the weather for the mixed competition on Saturday was plum.

As always, the Festival was a rip-roaring good time well beyond the competition: there were clinics, demos and merriment to spare. According to Ralph Tingey, a member of the Ouray Ice Park’s Board of Directors, 2018’s edition had the highest attendance of any Ouray Ice Festival to date.

The Canadian alpinist Nathan Kutcher won the mixed competition for his second ever title at the Festival, following a victory in 2012.  Ryan Vachon finished in second and Angelika Rainer took third. For the full results, see the end of the article.

The route—weighing in at a grade of approximately M10—separated competitors just enough: the three medalists, in addition to fourth-place finisher Sam Elias and fifth-place finisher Will Gadd, were the only climbers to top the route. As a reward for reaching the top of the wall, Kutcher, Vachon, Rainer, Elias and Gadd were each gifted a shot of tequila, as is tradition at the Festival. Dangling from the finishing hold, they each dutifully downed it.

Kutcher wrote on Instagram after the competition, “Last year Ryan beat me by 10 seconds. This year I won by only 4 seconds! Two years ago I came to Ouray and was in the best shape of my life. That year the ice I was hooking broke and I came in almost last. In competition anything can happen.”

He continued, “This year I didn’t feel like I was in the best shape but I climbed with commitmentand pushed myself right to the line of falling off without crossing it. I could have topped out and been proud of that. It’s a tough field.”

On Sunday, the speed competition took place in decidedly less beneficial conditions for the athletes and spectators alike. The low temps and gusting winds made for an exciting event that saw Beth Goralski take home gold for the women, followed by Angelika Rainer and Sarah Hueniken in second and third, respectively. On the men’s side, Liam Foster finished in first, followed by Marcus Garcia (Foster’s coach!) and Sam Elias.