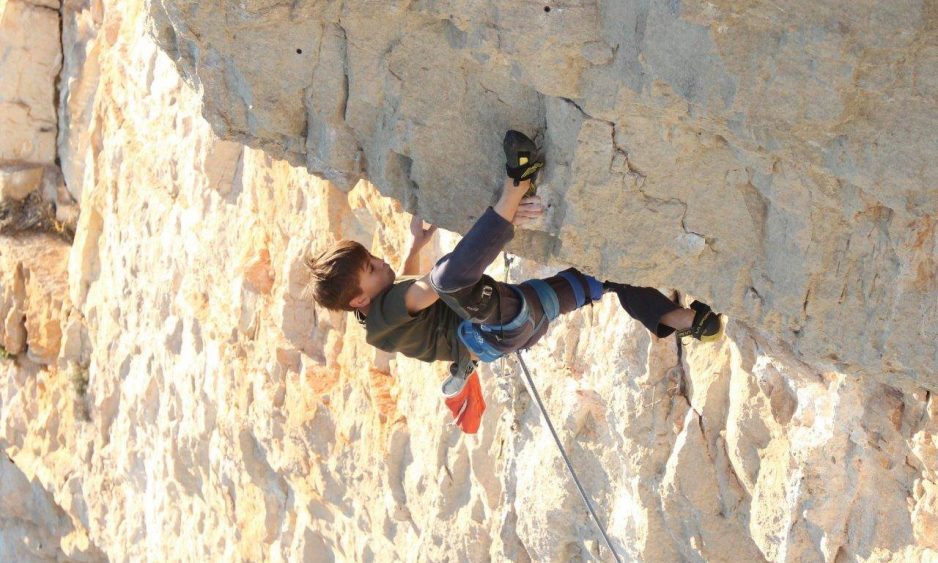 On January 9, 11-year-old Théo Blass climbed Guère d’usure, an 8c (5.14b) in Claret, France. Only one person had ever climbed the grade at a younger age—Théo Blass!

Théo climbed his first 8c in June 2020 when he redpointed Souvenirs du Pic, Saint Guilhem le Desertin, France. He was just 10 years old at the time.

He did his ascent of Guère d’usure at the age of 11 years 1.5 months. The next youngest to send 8c was Brooke Raboutou, who sent Welcome to Tijuana, Rodellar, Spain, at 11 years 3 months of age.

Guère d’usure  took Théo two months of projecting. Adam Ondra famously onsighted Guère d’usure as well as another 8c and two other 8b+ routes at the crag in a single day.

Théo told Rock and Ice about the climb, “It was a long battle but gaining move after move and the encouragement of many friendly people at the crag kept me motivated. On the day of the send I warmed up on a 6c [5.11b], had my lunch, went for a walk around the crag and then sent the route. I felt strong but also very nervous.”

Vladimir Arnaoudov, Théo’s father, described the route as a “power endurance testpeice” that follows a steep prow with “compression moves” and “bad feet.”

“Théo did a different beta from adults due to his small stature,” Arnaoudov said. “His beta would have been much harder for adults.”

With another 8c to his name, Theo’s new goals are to climb an 8c+ (5.14c) and to learn to play Beethoven’s “Für Elise” on his sisters new piano.