Enjoy this section from Beyond Tape: The Guide to Climbing Injury Treatment and Prevention by Mike Gable, DPT, and keep an eye out for future selections coming soon. 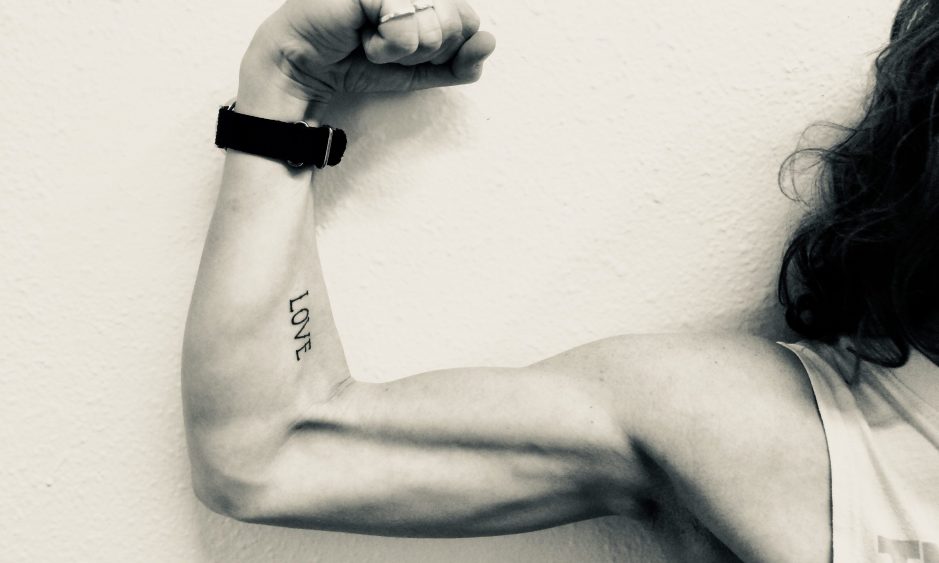 The bicep of one someone in the Rock and Ice office!Beyond Tape: The Guide to Climbing Injury Treatment and Prevention

What is an Bicep Tendinitis?

The long head of the biceps tendon runs in a groove at the top of the humerus before attaching to the front and top part of the scapula that forms the socket. Repeated use of the biceps muscle creates friction as the tendon moves through this groove. This friction can lead to tendinitis, dislocation of this tendon from the groove, and even complete rupture of the tendon. Tendinitis means inflammation is occurring, which is the body trying to heal itself. By not addressing the injury soon enough, new tissues and cells within the area can change into scar tissue, which will prolong or prevent healing. Addressing this issue early can help prevent a complete rupture of the tendon.

Pain in the front of the shoulder will be felt. Popping or catching may be noticed during rotation of the arm as the tendon dislocates with movement. When a complete rupture of the biceps tendon occurs, a snap or pop is typically felt and a ball of muscle is seen on the front of the arm above the elbow.

Tendinitis is typically an overuse injury. Be aware of repetitively performing actions that use the bicep muscle. For example, working on boulder problems or crux sections of projects requiring underclings or even performing more rope maintenance (coiling or organizing/belaying at belay stations) than the body is used to can cause an increased amount of friction where the tendon runs through the humeral groove. The keys to preventing this injury include:

a. Ensuring the body is properly warmed up before working a project (about 4 routes or 120 moves of easy climbing).

b. Gradually increasing the number of trials per session and sessions per week.

c. Varying the style of climbing while working these particular projects (mix it up with face, slab, or crack climbing that does not involve underclings nor jams that require bending the elbow with the palm facing up).

Listen to the body and avoid any activities that feel like they are aggravating the injury. This may mean underclings, jams that require bending the elbow in the palm up position, or any other movements that cause pain. Check for range of motion (see Box 1 below and Figures 1-4 in the Exercise Box), strength (see Figures 5 and 6 in the Exercise Box), and trigger points/myofascial restrictions compared to the other arm according to the trigger points mentioned above (especially those of the biceps brachii). First regain range of motion, then strength, and finally gradually resume climbing while paying close attention to any discomfort. 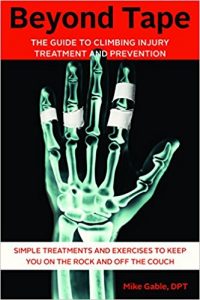 To learn more about climbing injuries, prevention and treatment, buy the book Beyond Tape: The Guide to Climbing Injury Treatment and Prevention.

Mike Gable, DPT, received his Masters and Doctorate degrees in physical therapy from Pacific University in Oregon. After bouncing around the country through various travel- ling gigs, he serendipitously landed in Bishop, CA in 2005 while on a three-month assignment. Climbing quickly became a new passion. He opened his private practice, Eastern Sierra Physical Therapy Health and Wellness, in 2010, and enjoys seeing a wide variety of conditions with a primary focus on people with climbing and running injuries as well as chronic pain. 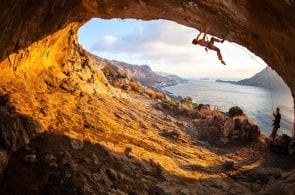 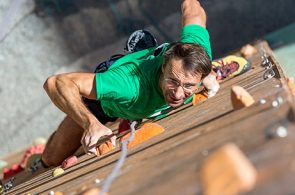 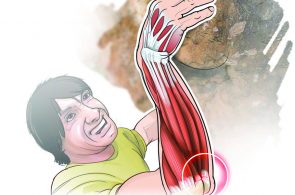 What to Expect When Expecting - Rock Climbing W...