Gear Guy: Why Are Climbing Shoes So Expensive? 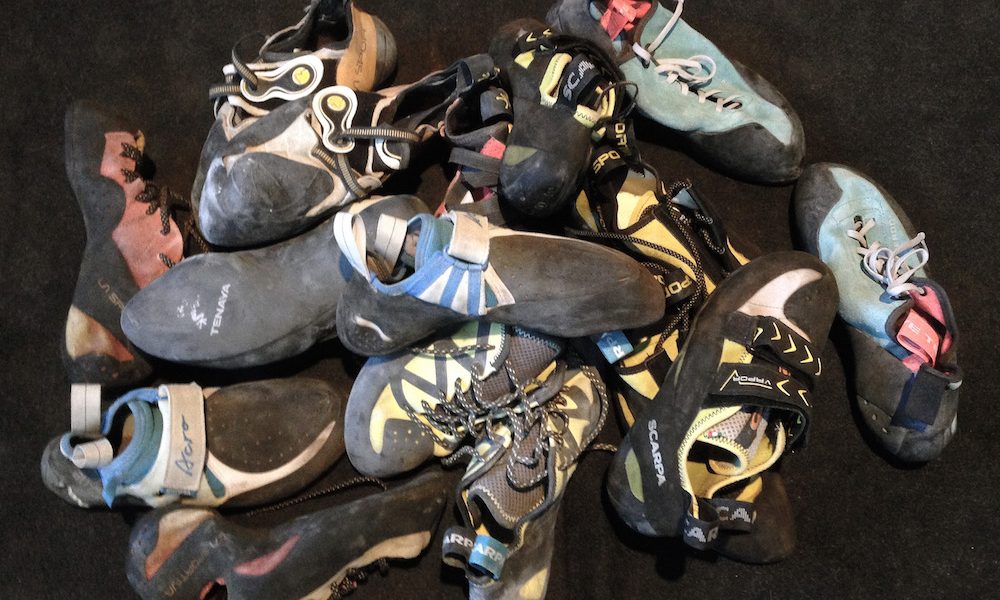 Why Are Climbing Shoes So Expensive?

Why do most rock shoes cost more than running shoes? Comparatively, rock shoes have fewer components and require fewer manufacturing steps to produce them, and I presume they don’t have the exhaustive marketing overhead required to sponsor LeBron James or Drew Brees. Shouldn’t all climbing shoes be under $100?

—B. Brand, via rockandice.com

With that clarification, rock shoes are surprisingly complicated footwear to design and build, and the market for them is infinitesimal relative to that of running shoes. I’ve toured several rock-shoe operations, and remain surprised by the amount of handwork that goes into each pair. Humans, not machines, make rock shoes. They wrap the leather around the last, sew it up, glue on the soles and hand tension the rands (an especially tricky job that takes a cobbler years of experience to get just right). For perspective, imagine that you have in front of you a pile of leather and rubber and have to create a shoe that Chris Sharma will dig.

How long will it take you to make that shoe and once you gain experience, how long will it still take? Then, how much do you want to earn for those hours, and how much did the materials and tools and machinery to put everything together cost? And that example just takes into account the actual manufacturing. The design work takes a genius to get right. Rock shoes have to fit just so, make you climb better, be reasonably comfortable and reasonably durable. Putting all of those ingredients into one meal is a dish only a few people in the entire world can cook. You are correct (finally) that climbing doesn’t have mega-rich superstars, but it does have influential cats whose nom de guerre’s entice you to buy whatever shoe they say they climb in—and those folks require paychecks. Then there are the costs of marketing, warehousing, fulfillment, reps, and the shop and clerk who sells you the shoes has to be paid, too.

Considering everything, rock shoes are shockingly inexpensive, and they’ve never been cheaper. In 1975, I paid $60 for a pair of E.B.s. Using the inflation calculator, those shoes should cost $271 today. The last pair of rock shoes I bought were $180, and I’ve had them resoled three times and counting. Accounting for the expense of resoling, those shoes are running me $110 a year. Meanwhile, I go through two to three pairs of running shoes a year, and I don’t even run! All of this reminds me of a bumper sticker I saw on a pickup: “If you don’t like farmers, don’t talk with your mouth full.” Next!