Gear Guy: When Your Partner Steals Your Gear... 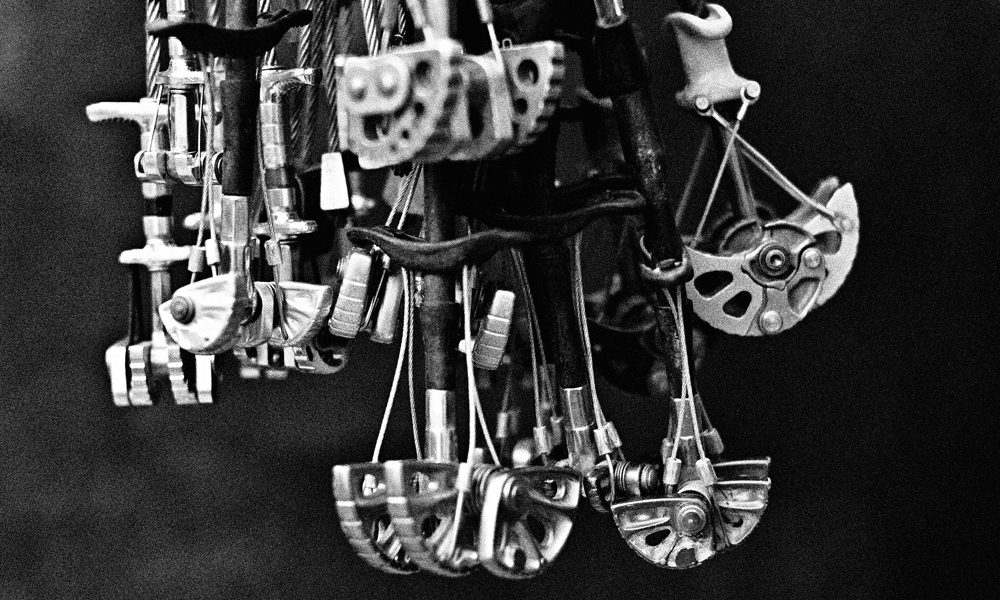 When Your Partner Steals Your Gear…

I went climbing with my “buddy” last week. I started with a bunch of biners, but later noticed I was a few short. My gear isn’t marked, and my partner has the same carabiners. When I said he had some of my gear, he said, “Nooo, these are all MINE!” How can I mark my gear to avoid future confusion/confrontation?

—A. Lee via rockandice.com

In Genesis 4, God marked Cain so he could tell that it was Cain who had killed his brother Abel. If Yahweh himself had to put blue electrical tape on Cain to set him apart from the rest of humanity, you surely can’t expect your partner—who I’ll guess did not create the Earth in six days—to know which unmarked carabiners are his and which are yours. You are at fault.

When I was 12 I had to throw papers every morning just to buy a single oval crab. Every carabiner was a treasure and you can bet that I made dang sure that my gear didn’t get mixed in with some dick’s whose rich daddy bought him enough hardware to stock an R.E.I. on Black Friday. So I went down to the five and dime and bought a metal letter punch and stamped “GG” on every carabiner and nut I owned. Forty years later that rack is still rocking ole Gear Guy’s brand.

But hammering your initials into gear isn’t CE approved and there is a less-intrusive method for marking gear. The best, most permanent way is nail polish. Pick yourself a color that says you, and paint it on your metal gear. Apply it over the engraved strength-ratings and maker’s mark on each carabiner and the nail polish will never wear off. For cams, paint the insides of the lightening holes; for nuts, just paint anywhere on the nut or cable.

As for those biners that are riding proud on your partner’s rack: Go climbing with him again. Offer to lead and grab up his draws because you didn’t bring enough. Find yourself a hidy hole and quickly mark them like a boy dog. At the end of the day your rack will be fat and his will be thin, and when he tells you to hand over his gear, you can just point to the nail polish and say, “Nooo, all of these are MINE!” Next!