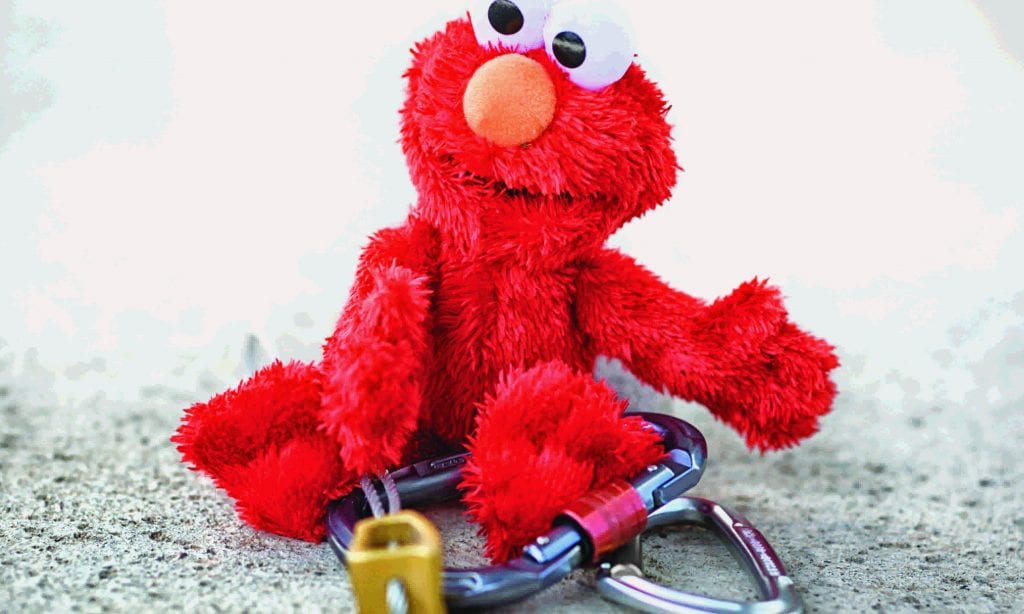 I am seeing some scary carabiners from the world’s largest online retailer that are clearly knockoffs of real climbing biners, but the fakes are only rated to 12 kN. The website says they are good to use for hanging hammocks. Have you heard of anyone using these? Seen some on a newbie rack? Accidents?

The “AmazingGear” carabiners ($8.99 for two) you see on that website named after a lengthy South American river could almost have been separated at birth from real wire-gate climbing carabiners. A climber mistaking one of these toy/accessory carabiners for the real deal would be in for an awakening as rude as that of a skydiver who pulled the ripcord and deployed a bedsheet.

But, as an actual climber you’d have to spend serious time vacantly staring at your navel to mistake the cheaply made accessory biners for the real. As far as I know no one has mixed up the two (yet). This could be because our sense of self-preservation still trumps or because as you noted the fake snaplinks are pitched for household uses. In the voluminous text in the product descriptions you do find a “not suitable for climbing” notice, although this feels like an afterthought, like when the used car dealer yells “Hey, keep ’er under 55,” as you drive off the lot.

I was disturbed to find on the same website the “Rock Climbing Rope,” plugged for “mountain climbing” and “rock climbing,” and featuring steel carabiners clipped through sewn loops in each rope end. To show off the rope’s proposed use, an accompanying photo has a woman hanging on an exposed cliff. Zoom in on the photo, and you notice that she is using a completely different rope—a real climbing cord, I hope.

Despite being sold as a “Rock Climbing Rope,” this thing isn’t CE- or UIAA-certified for climbing, and has a polypropylene core so it’s not even a dynamic rope. Whoever built the online sales page obviously knows zilch about climbing.

This gets me to my point. In our new era of cyber shopping, where the lowest common denominator, price, is all we care about, we’ve left out the experts, the floor staff at the brick and mortars and at the specialised online climbing-gear retailers, the folks who actually use the products they sell. Want real carabiners and real climbing ropes? Buy them from real climbers. Next!