Gear Guy: The Worst Gear Ever Invented - Rock and Ice 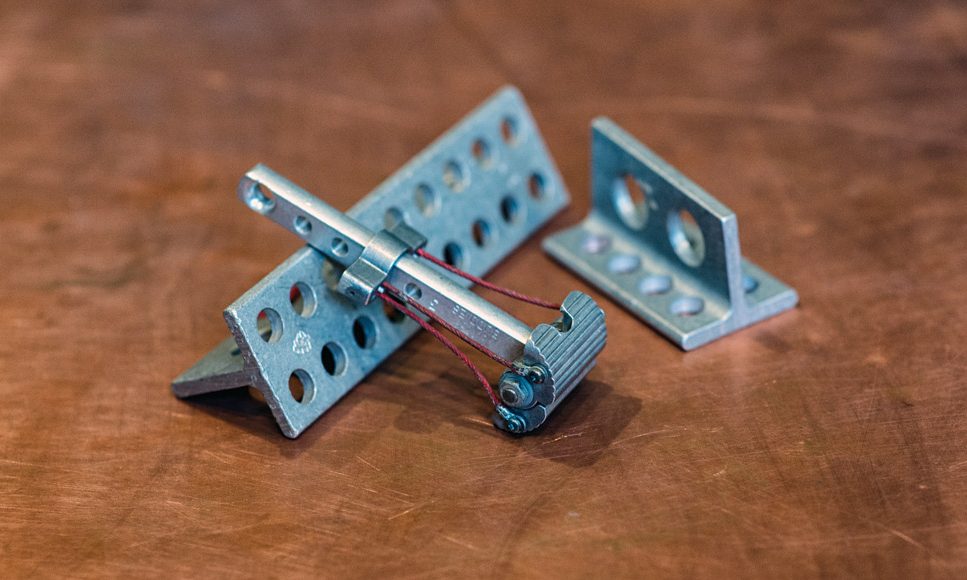 The Worst Gear Ever Invented

Since you are Gear Guy, I imagine that you use a lot of gear, and if you don’t, ignore my question because you are a big faker. If you are real, then what is the worst piece of gear you have ever used?

In the interest of transparency, I’ll say that I am not sponsored, and never have been sponsored, but that some gear is sent to me for free, and other gear I purchase. I like most of the gear I use and have used, and almost all of it is great compared to even state-of-the-art equipment of just a decade ago. Shoe rubber is better. Ropes are lighter, helmets are no longer big eggshells, carabiners are easier to clip and weigh less. You get the picture. I can’t really single out one bit of gear for being the worst, because there have been so many flops, but I have narrowed it to five:

This was also known as the “coat hanger” ice screw, because it was seemingly fashioned from a twisted coat hanger. The Marwa came in lengths from four to nine inches, and you screwed it into the ice. I used these in the late 1970s and they were so difficult to place and so flimsy that if you attempted to place one, you yourself were screwed. The Marwa was good for two things. In the days before modern ice tools and crampons, you could aid up vertical ice with it—if its bending action didn’t frighten you tooooo much. And, the Marwa was so horrendous it spawned attempts to improve it, giving us today’s awesome tube screws.

These were bits of aluminum T-stock with the sides tapered so you could place them (or try to) like large Stoppers or hexes, and had and I imagine still have die-hard supporters. Supposedly, you could cam Titons, but they only ever rattled down the rope whenever I tried that. As large passive nuts they were OK and similar to the Chouinard Tube Chock, though heavier. I actually bought a full set of Titons and carried them for several years before figuring out that they didn’t really work. To be fair to Bill Forrest, the rest of his gear was revolutionary to borderline so. My first sewn harness and first aluminum-shafted ice tool were Forrest, and he was the first in the climbing world to dispense with riveting and use glue to attach the tool head to the shaft, on his Mjollnir ice tool and Wall Hammer, and to produce a tool with replaceable picks.

I got one of these in Yosemite, out of the back of a car for $10 sometime around 1982. Worst 10 bucks I ever spent. Well, I take that back because I like having this rare and useless artifact in the Gear Guy Climbing Museum.

The Buddy was an attempt to best the Friend, which was still patent protected at the time, by having a long solid cam on either side of the stem, instead of two much thinner cam lobes that could move independently and adapt to the shape of the placement. On paper that might seem like a bright idea, but in the field the Buddy never fit anywhere except for perfectly parallelsided cracks, and you are more likely to stumble across a pink diamond than one of those. Like the Marwa, the Buddy did at least get people thinking about other ways to improve the camming device, leading to TCUs, flexible stems, double axles and micro and macro units.

Yikes. Besides being pink and blue, this rock shoe had a tin midsole for support. You heard that right: “TIN.” This midsole might have been hacked out of a beer can, but it did let the shoe edge better than the Fire, the leader of the time. Problem was, the sharp piece of tin cut its way through the shoe like a festering thorn, eventually emerging at the seam between the sole and rand. I’ll guess that almost every pair ever sold was returned: I know that nearly everyone who bought a pair from me (I had a small mail-order business way back then) got their money back … if you didn’t, sorry, the warranty has expired!

I didn’t have or use these plastic camming units from the late 1980s because they were yanked from the market before I could buy one. I wanted one because a composite cam seemed to have advantages over a metal unit. The Samson was lighter, primarily. Unfortunately, the cam couldn’t handle a torquing load and shattered like carnival glass. Still, the idea of using composites in protection was revolutionary, and I suspect that we haven’t seen the last of its likes. Gear Guy has spoken!

Feature Image: Cams of the past that never caught on—the Titon and the Buddy.