Gear Guy: Stiff Shoes or Soft Shoes? That is the Question - Rock and Ice 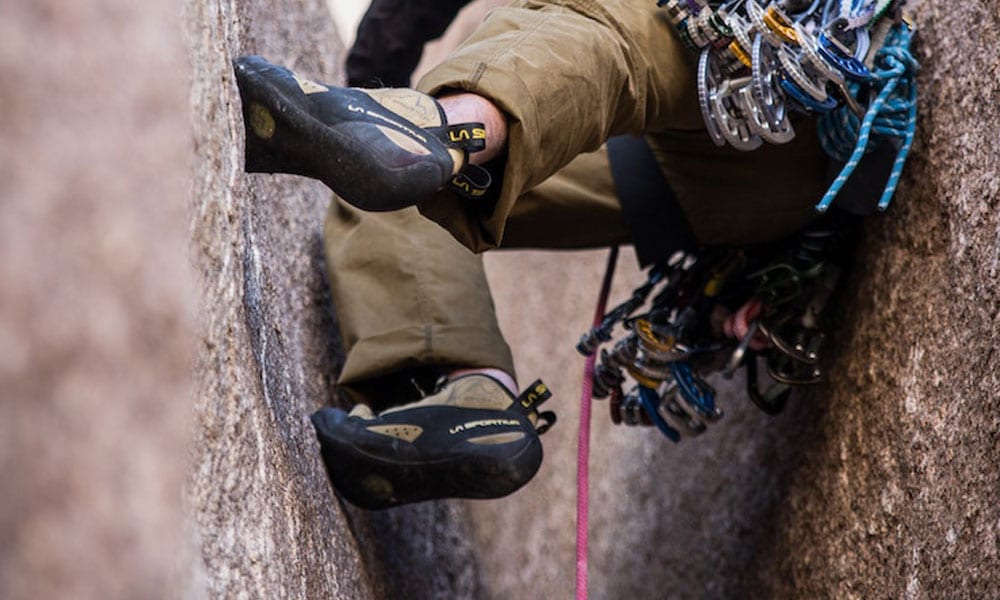 Stiff Shoes or Soft Shoes? That is the Question

I’ve been climbing in a stiff shoe for three years. Would I climb better in a soft slipper?

Climbing shoes are the only piece of gear that can make you climb better, but that depends on what you have sitting atop the other end of your body—if you believe a slipper will improve your climbing, it will, or more precisely, it might.

I qualified my statement because of a phenomenon called the placebo effect—when Fires came out in the early 1980s, John Bachar told the bums in Camp 4 that Fires would let them walk up the classic and hard slab boulder problem Blue Suede Shoes. That day I witnessed a miracle equal to The Feeding of the Multitude—everyone wearing Fires hiked the problem, while everyone still in E.B.s did not. The ones who succeeded attributed it to the new shoe’s sticky rubber, but they really made it because J.B. told them they could do it in his shoes. Without his assurance, they would have all sucked doodoo, just like before.

Sorry for that little inconvenient truth, but I’m feeling the tough love today.

Now, I’m really going to blow your mind, and tell you that most climbers need a stiffer shoe than they think. This is because it takes power and support to stand precisely over your toes. Even the tiniest little Snowflake ballerina knows this and eagerly anticipates graduating to be the Sugar Plum Fairy with her pointe shoes, diabolical units made from plaster and shanks to provide stiffness for the hardest foot moves. In climbing, hard foot moves usually involve standing on small holds—weekend warriors wearing slippers and climbing on slabby rock have trouble because their feet are weak and get tired and noodle off the holds. A stiff shoe will compensate for your lack of foot strength, but at the loss of sensitivity. Pro climbers wear soft shoes and get away with it because they climb nearly every day and have developed feet like gorillas’. You, however, as a mere padawan, need support. Get a shoe with a midsole. GearGuy has spoken!