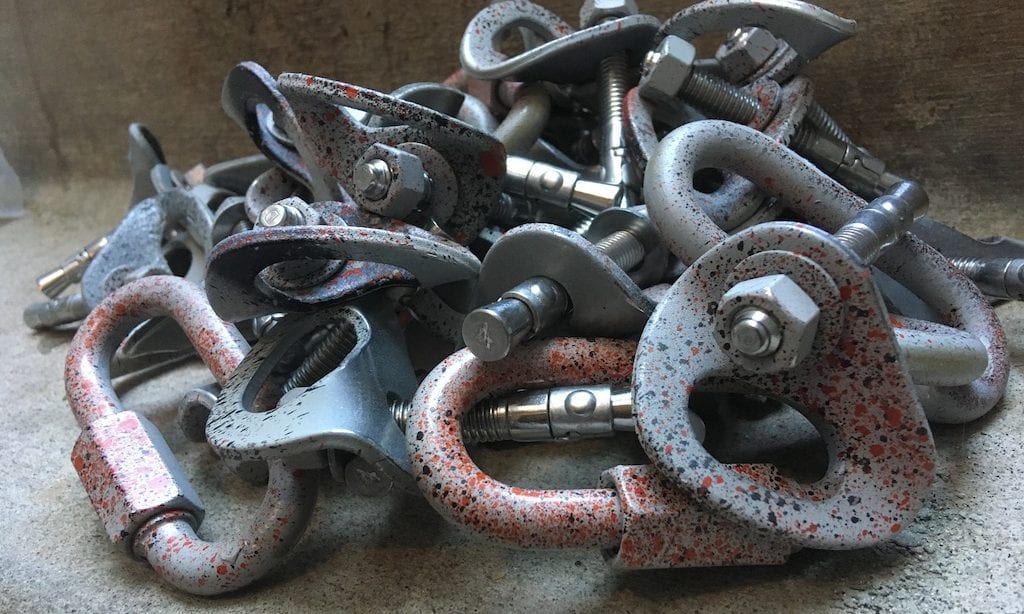 Where I climb, the bolts are beefy but occasionally have a loose hanger (spinner), and a few bolts seem of lesser quality (hardware-store vintage) with hangers that look like pop-can tabs. I don’t know if the bolts that look good are in fact highly suspect or if the ones that look suspect are in fact quite good. Is there any way to come up to speed on bolts and hangers of the last 30 years so that I can have a more informed perspective?

The Fermi Paradox states that, with 70 sextillion stars in the visible universe, intelligent life on planets other than Earth is a mathematical certainty, yet there is no evidence of other intelligent life. What this really means is that there are a lot of bolts out there and mathematically some of them are certain to be bad, but their whereabouts are unknown.

We do know (from observation and testing) that 3/8-inch or larger diameter bolts with real bolt hangers such as the hangers from Fixe, Petzl, Mad Rock and Climb Tech, that are not rusted out and are tight and in solid rock are likely safe. Remove any of those qualifiers and bolt reliability diminishes as rapidly as a used Range Rover.

I am always amused by people who worry about loose, or “spinner” hangers, and who do nothing to resolve the issue. These are, I think, the same people who complain about dirt on the holds. Show some initiative! In many instances, the hanger is loose because the nut holding it to the bolt has loosened or the bolt wasn’t properly tightened when it was installed. A few twists with an adjustable wrench will probably fix it. If the bolt or hanger does not tighten, then the bolt could be bad because the bolt could be loose in the hole, or the bolt threads are stripped, or the hole wasn’t drilled deeply enough, or the hole wasn’t cleaned after it was drilled and the dust is preventing the bolt from gripping.

There are nearly as many types of bolts and hangers as there are stars in the heavens—I can’t give you specific advice about the types of anchors you are finding. I can say that when you are afraid you can always fall back to the wisdom of the Good Book and follow John’s advice, 7:24: Nolite iudicare secundum faciem sed iustum iudicium iudicate. “Do not judge by appearances, but judge with righteous judgment.” What does that mean?

Nobody knows. It’s a paradox. Next!