Gear Guy: Secrets of the Toprope - Rock and Ice 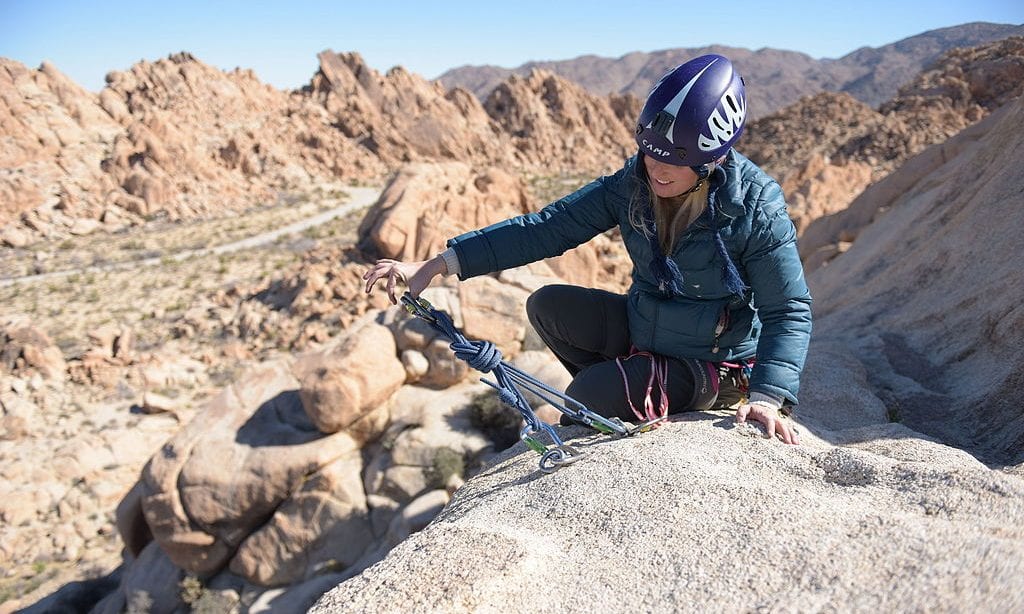 Secrets of the Toprope

My girlfriend and I are starting to climb outside. We have taken a couple of beginning climbing and anchor-building courses. We don’t intend to lead, just toprope. I already have:

My carabiners are aluminum; should I get steel ones for the anchors where the rope will go? I have “D” biners, but should I get ovals? Do I need a static rope? Should I cut one of the 30-meter lengths of webbing into 20- and 10-meter lengths? Other suggestions?

Nix the steel carabiners! Steel carabiners will last forever, but unless you are on the D-team and speed rapping out of Blackhawks to cap Al Queso ass, you will never use your aluminum carabiners enough to groove them, and if that does happen, just buy more, which it sounds like you are keen to do anyway. Your D shapes are good as well. D carabiners are stronger than ovals, and usually lighter. Most lockers are, in fact, some version of the asymmetrical D, so there you go.

A static cord is a great idea. So brilliant that it is what Gear Guy uses for toproping. Static ropes, available from any of the major climbing-rope makers, are superior for several reasons: They don’t stretch so they don’t rub up and down on the rock when they are loaded and unloaded, making them less prone to abrasion, causing them to last longer. And, when your awesome guns sputter out of juice at the crux, the rope won’t stretch so you’ll stay right at the crux instead of slinking down, then have to rip your girlfriend/belayer a new one, pretending that your inadequacy is really hers. Do be careful with a static rope: Keep slack out of it, for god’s sake! Even a tiny bit of slack can cause a harsh shock load. If your belay skills aren’t up to the job, stick with the dynamic rope.

You didn’t mention anything about anchors, so let’s assume that you’ll use what is in situ, either bolts, stout oaks or F-150 bumpers (parking brake on!). With that in mind, I would cut those monster 30-meter pieces of webbing into two or even three shorter pieces. Most of the time you’ll find good anchors within a few meters of the cliff’s edge, so a 10-meter loop, which will give you about 4.5 meters of extendable length, is adequate. Two or, better, three of those strung independently from their own anchors and adjusted so they are equalized, will be bomber.

Other TR tips: Wear belay gloves and a helmet. Set the anchor so the rope can run free below the cliff edge rather than bind over it, and unless your girlfriend is a contestant on Biggest Loser, make sure she’s anchored to the ground when belaying you, or she’ll be yanked up the wall when you fall and you two will knock heads like a couple of Click Clacks. Gear Guy has spoken!