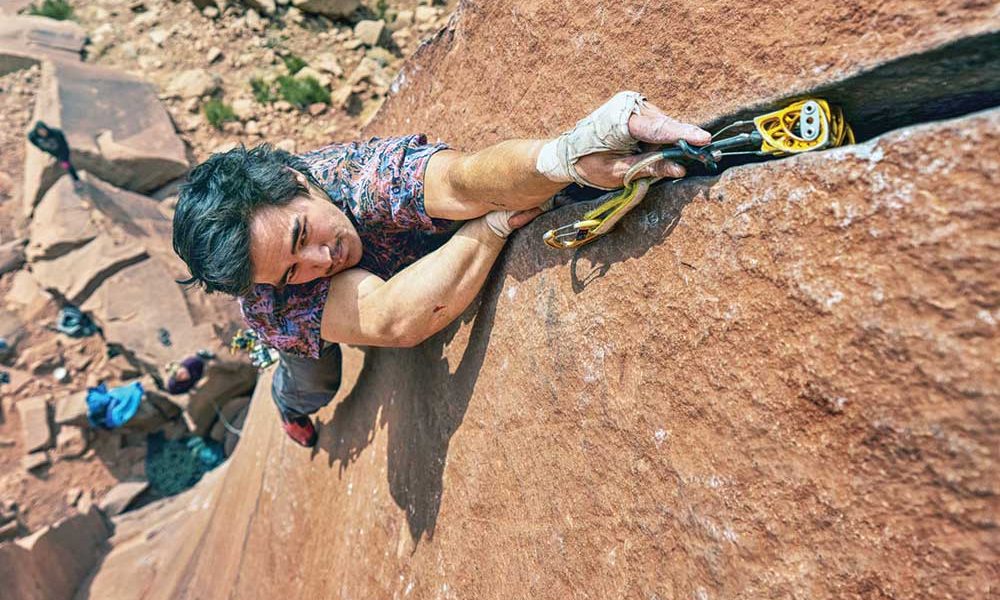 How do you get stuck cams out of cracks?!

In 1981 I left a cam in a crack. It was an original rigid-stemmed Friend, and my partner had crammed it into a crack. I called for a tight rope, hung and fiddled with the cam, wiggling, pushing, pulling. It didn’t budge. Well, I thought, it’s not my cam. If The Roach wanted it back, he shouldn’t have gotten it stuck.

I gave up, and climbed to the belay.

“Neak neak,” said The Roach in a strange squeak that over many days and routes I’d learned meant he was pleased. He hurriedly re-racked for the next pitch, then paused.

“Neak neak,” said The Roach in a strange squeak that I’d learned meant he was displeased. “Lower me.”

I did. Moments later he was back, a #1.5 swinging from his sling.

How did he remove the cam when I couldn’t?

First thing, don’t just yank and jerk on a stuck cam. Use thought and discipline. Determine why the cam is stuck. Are the cams over-retracted? Cramming in a unit at its maximum retraction probably accounts for 90 percent of all stuck cams. When the cams are already fully retracted, pulling on the trigger won’t do anything. Stuck cam.

Removing a stuck cam is a two-handed task, and requires hanging on the rope. Do this. If the cam will slide in the placement, carefully push on it. Slight movement might unfreeze the cams, or jam them even tighter. If pushing fails, try retracting the cams or trigger with the hook of a nut tool. No? Loop the trigger with wired nuts or slings, and weight the loop. Now, hit the stem, driving it into the crack. Bang with your hand, a piece of gear, a hammer, a rock. Pounding the stem in while pulling on the trigger will often release the cam.

An improbable yet effective trick that is easier than the above is to pour water on the cam. The water will lubricate the rock, and the cams will usually slide and release. I’ve done this. It works.

“Neak neak,” says The Roach. “You’ve given away my secrets.”

Got a question for Gear Guy? Email rockandicegearguy@gmail.com