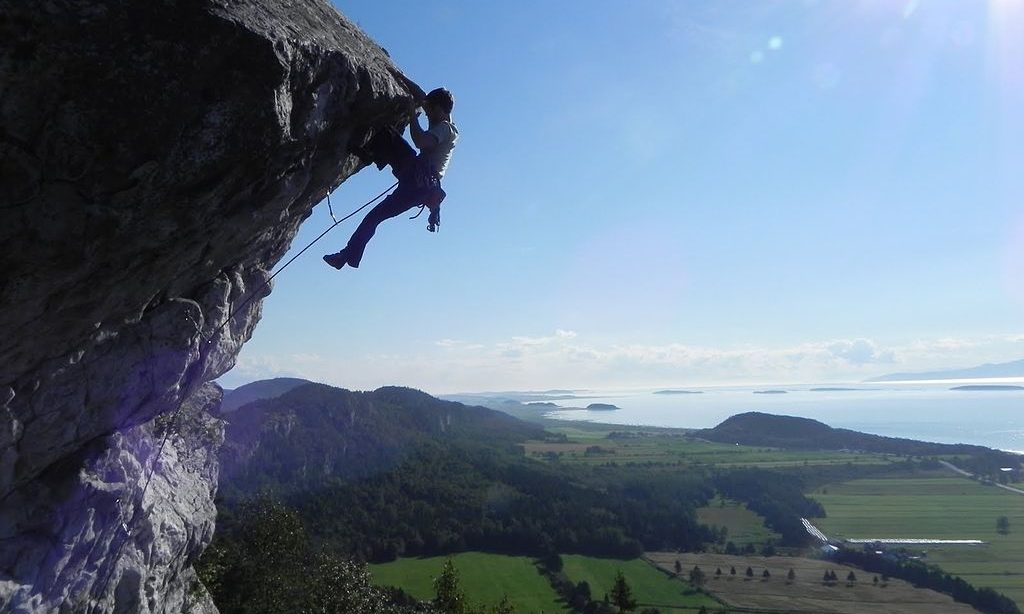 Two friends of mine were toproping a 180-foot ice climb using two 8.2mm half or twin ropes (don’t know which). Both the climber and belayer agree the rope was held taut. As one of them climbed close to the top of the route, he fell. The rope stretched and he fell nearly 25 feet. With most ropes having 30 percent or more dynamic elongation, how can we toprope without falling so far due to rope stretch? Would using static ropes be a solution?

It sounds like at least some of the stretching was in the truth. A climbing rope should not stretch 25 feet in any toprope situation. Dynamic ropes stretch, but the 30 percent you tossed out  is calculated using a factor-2 lead fall, the stuff of nightmares and a far cry from the piddly sag-on-the-TR deal your friends described. In that situation, with a fall factor of zero, the number to look at on a rope is static not dynamic elongation. Static elongation will be somewhere around 10 percent, or 18 feet of stretch with 180 feet of rope in service. A wet rope would have stretched more, so perhaps that was the case. More likely, your friends are fibbing about their mad belay skills and are poor judges of length, spouting 25 feet when the fall was really half that.

But, I hear you bro, even 10 percent stretch on a toprope is frustrating and startling. You fall, you sag below the crux then crush your hands in carabiners to reclaim your high point, all while your belayer ineptly lets slack slip through or doesn’t take it up, creating an exasperating and gassing treadmill effect. For this reason, I will only climb with Masters of Rope Management, those tars with a minimum of two years before the mast on a whaling ship. Those folks know the ancient wisdom that includes toprope preloading, a nifty technique to take some of the stretch out of your toprope. To do so, suck out all of the slack, lock off your belay device, then sit hard on the rope while the climber is tied to the other end. Several preloads in quick succession will tighten up your entire system.

Static ropes are another solution, but an imperfect to dangerous one. Static ropes, by definition, don’t stretch, although some do just a bit, while others don’t at all. Check the rope’s hang tag. A static cord with a bit of stretch is better than a completely static one, which will be as forgiving as your wife when you forget her birthday but pretend you hadn’t, saying, I figured I’d take you to the mall and let you pick out something nice. Regardless, with any static or low stretch rope, you must keep the rope taut — just a foot or two of slack could cause a dangerously high impact force, one with enough force to jar your brain loose, which isn’t always good.

Length is another problem with static ropes. Static ropes are cut in lengths of either 150, 200 or 300 feet. A 200-foot static will closely match the length of a 60-meter lead rope, but if a route was established with a 70-meter rope (anchors at 35 meters), you’ll have to wrestle a giant 300-foot static rope for a slingshot toprope set-up. Gear Guy has spoken!