Gear Guy: More, on the EDK - Rock and Ice 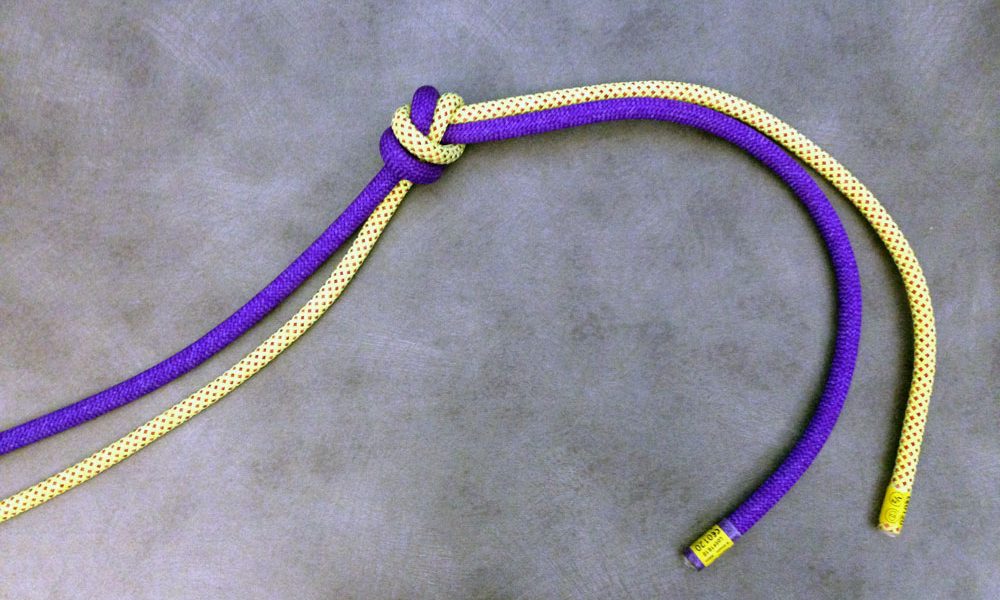 More, on the EDK

With all the stories out there about the EDK failing and the unfortunate results, why don’t people use an alternative? Would a figure eight backed up by double fisherman’s, work?

I’ve concluded that using the EDK is bad luck, like stepping on a crack. For whatever reason this is the knot people reportedly tie right before they die. In that regard it is similar to the other Judas Goat of knots, the bowline.

Since there aren’t any surviving witnesses, we really don’t know if the EDK is the knot that is untying itself, or if it is, why it fails. For lack of evidence, we’re operating from what could be magical thinking, the “attribution of causal or synchronistic relationships between actions and events which seemingly cannot be justified by reason and observation.”

The “European Death Knot” is certainly much maligned, and its very name stokes the gonads of fear. If it were called the European Life Knot, we all might feel better about it. Perhaps in Europe that is what it is called.

Even with its dark moniker, the EDK is beloved by many because it is quick and easy to tie, and supposedly doesn’t snag when you pull your rappel ropes, although that upside is unproven in any scientific way (more magical thinking).

The fact that the EDK might be failing is enough for me to use another knot. In Chinese the word “four” sounds like the word for “death,” so Chinese elevators have neither a fourth nor 14th floor, and as a nod to the West and our triskaidekaphobia, they also don’t have 13th floors. My avoidance of the EDK is as rational.

Your suggestion of a figure eight backed up by a double fisherman’s is reasonable as long as you mean a “trace eight,” and not the EDK version that uses a “flat” figure eight instead of an overhand. The figure-eight variation of the EDK has shown that it probably/might/could untie itself (Accidents, RI No. 233).

Used to tie two rap ropes together, the trace eight is bomber, and it is what I use. I like it because it is easy to see if it is properly tied. I don’t need another reason, since I’m not irrationally in love with the EDK. I leave about a foot and a half of tail in the trace eight, and draw the knot up tight. You could, as you suggested, back this up with half a double fisherman’s in each tail, but I use a single fisherman’s, and this seems adequate.

The risk, of course, if everyone switches to the trace eight, is that after it has been tied millions of times some people are going to get it wrong. Then, the trace eight will become the unlucky knot, and I’ll be writing about it and black cats. Gear Guy has spoken!