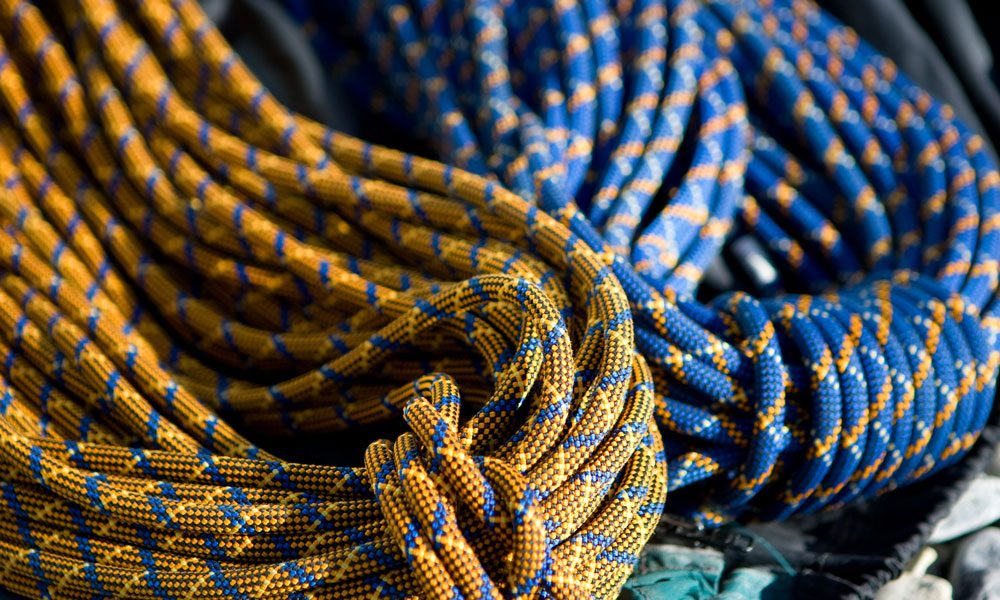 The middle mark on ropes can fade or wear away. I’ve used a Sharpie to remark the middle, but does the ink in the marker damage the rope?

Rope middle markers are crutches that replace critical skills. When I learned to climb, a 45-year-long process so far, every climber practiced tradecraft such as judging how much rope had been paid out. Some of the lesser arts including the Dulfersitz rappel are now as useful as Latin and their loss isn’t mourned, but judging a rope’s length is as crucial now as it was during Genesis. Relying entirely on a middle mark instead of your own judgement can cause accidents—the leader can be dropped during a lower or you can rappel off the end of the rope, to name two.

How? Because, as you know, the middle mark often wears off. Even when it doesn’t, the mark can inaccurately represent a rope’s midpoint. A middle mark on a new rope is, naturally, at its midpoint, but ropes take beatings. They can get chomped by an edge or a section may be flattened by repetitive falls, such as when you work a project. Penny pinchers often cut off these bad bits, leaving a shortened rope where the “middle” mark can be 10, 20, 30 feet from the true middle, making it as useful as a compass that no longer points to north.

One way to keep the middle mark in the middle is to trim equal lengths from both ends of the rope, but most people are loath to shorten their ropes even further.

Fear not. Whether you’ve trimmed one end of the rope, or the middle mark has worn off, you can still accurately find the middle. Take both rope ends and pay out the cord, pulling both sides evenly through one hand until you arrive at the loop that is the “tail.” This is the middle. Stack the rope on the ground in two equal piles. When the leader uses all the rope in one pile, she has half the rope out. Tying an overhand knot in the middle eliminates all guesswork. But to be sure, tie a stopper knot in the rope end.

The process is similar at rappel stations. Thread one end of the rope through the anchor, then find the other end and lower both evenly. When you are out of rope, the midpoint is at the anchor. Again, tie a knot in each end of the rope.

To specifically answer your question I asked Carolyn Brodsky, founder and president of Sterling Rope, for input. She says that, yes, the chemicals in Sharpies and other markers can damage climbing ropes. She notes that certain markers are rope-friendly, but that they are hard to find, and the chemical compositions in a marker can change as companies futz with the ingredients. A marker that is rope-friendly today might not be tomorrow, and you have no way of knowing.

Me, I accept that rope markings, like life itself, are temporary, and plan accordingly.