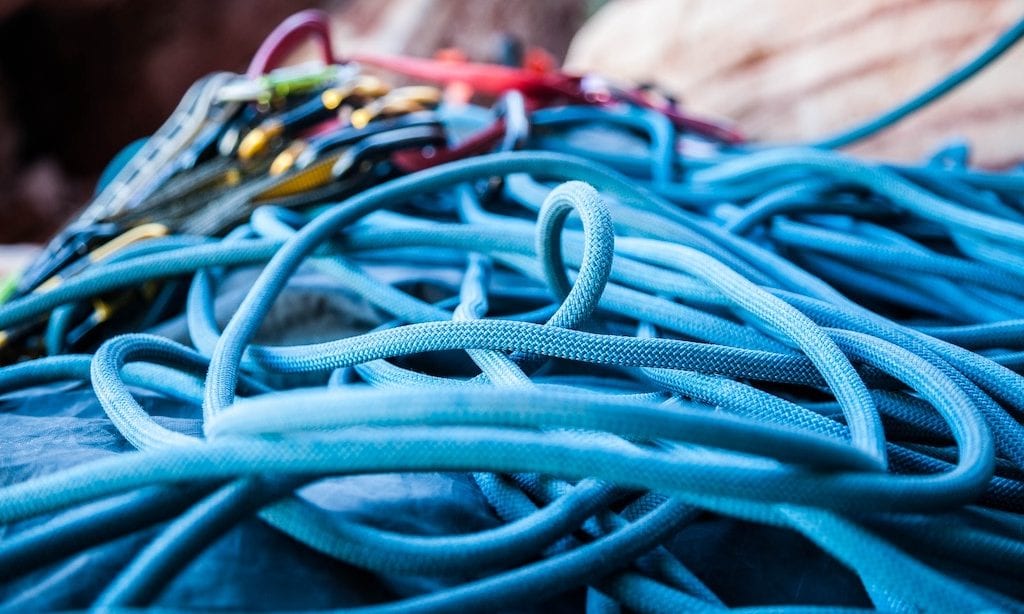 When I place glue-in bolts, sometimes some of the epoxy resin (Sika and the like) dribbles onto my rope, slings or harness. Does the glue compromise my gear’s integrity?

Climbers use various glues to anchor bolts or to reinforce holds. These glues include but aren’t limited to polyester resin and vinylester resin. We colloquially refer to all glues as “epoxy resins,” but their chemistry varies. You mention “Sika,” but Sika is a brand that makes a range of adhesives. You might be using Sikadur 33, or maybe you use Sika AnchorFix. Climb Tech recommends the adhesives Powers AC100+ Gold and Hilti hit-Re 500 for its Wave Bolt.

Since there are so many glues with varying chemical compositions, it’s impossible to broadly say that your gear is fine. Most of the sorts of glues we use for climbing are two parts, and one of those parts is a corrosive. That is the chemical that gives the glue its tell-tale fiberglass smell.

Will a few seconds or few minutes of exposure to a glue that was wiped off damage your rope, slings or harness? Can’t say. Scott Newell at BlueWater Ropes once told me that any substance that is safe for your skin is safe for a rope. The four glues I researched for your question all noted, “Avoid direct contact with skin.”

Carolyn Brodsky at Sterling Rope, who helped answer the middle-mark question, recommends doing everything possible to protect your rope from epoxy contamination, and says that any chemical you might use to remove glue from your rope will damage it. But, she adds that Sterling has no test data on rope exposure to climbing glues. “Dog pee, cat pee, wine sludge, markers, and bat guano from bats with white-nose syndrome are some of the nasty things we have tested, but not epoxy,” says Brodsky. “General rule of thumb—if you aren’t sure of your gear’s history, contamination or security, toss it.