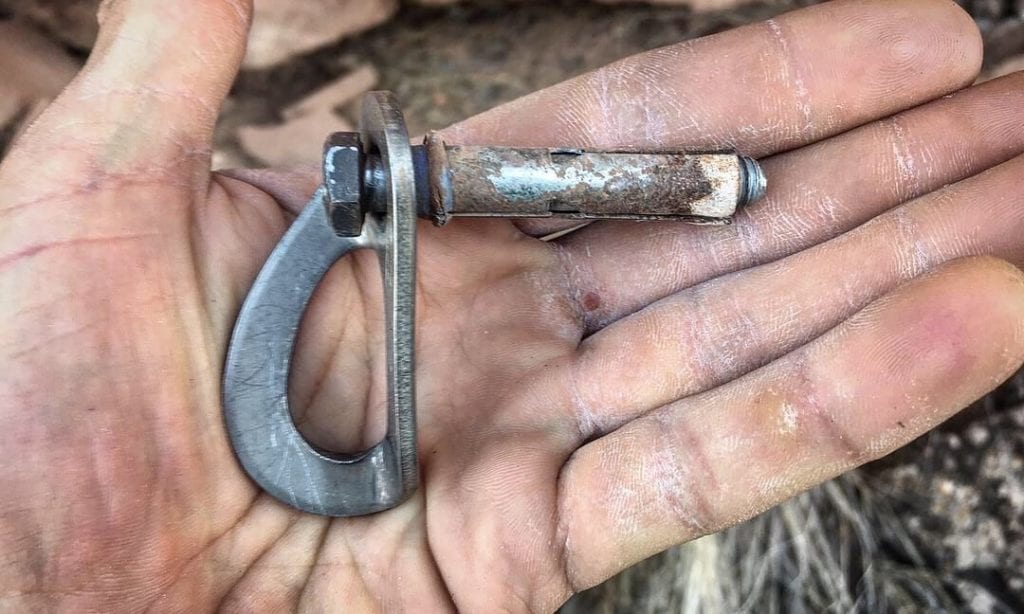 I was in Laos and Thailand and noticed route equippers in Thailand use titanium glue-ins, but the Green Climbers Home in Laos is using expansion bolts. I’ve heard that corrosion in expansion bolts is caused by salty ocean air, but also, more important, by the acidic water runoff that occurs from plant life on limestone cliffs. I was wondering about runoff—because if it can corrode expansion bolts, the entire bolting operation in Laos will soon have to be redone due to corrosion nobody realized was happening.

You say “expansion bolts” generically, but this type of bolt comes in many designs, sizes and types of metal. However, I assume that the expansion bolts you speak of are the stainless-steel “Power Bolt,” a common anchor for damp climates that aren’t maritime. If my hunch is correct, the bolts are probably fine provided they are matched with stainless-steel hangers. If those bolts and hangers are not stainless, they’ll rust quickly and need to be replaced sooner than later.

Decomposing organic matter dissolved in water can, according to The Erosion of Carbonate, form a weak organic acid, and this is a consideration when you select a bolt for an area such as the one in Laos. I am a fan of glue-ins and began using them in a riverside limestone bluff nearly 30 years ago in Central Texas. I returned recently to find that the crag had completely dissolved into the Brazos, but the glue-ins were still there, suspended in the air like those sky islands in Avatar, fresh as the day I placed them. That didn’t happen, of course, but the truth isn’t far from that.

Glue-ins are lifelong companions, or nearly so. Titanium glue-ins such as the Titan Eterna are used in Thailand because those crags are seaside or at least close to the sea, and the corrosive environment can eat even stainless-steel bolts and hangers. Titanium is a step up from stainless for corrosion resistance. Being landlocked, Laos doesn’t have maritime conditions, but it does have a tropical monsoon climate. Because of that, stainless-steel glue-ins such as the Climb Tech Wave Bolt, made of Grade 316L, a low carbon stainless steel, are more corrosion resistant and a better long-term solution than bolts such as the Power Bolt that use Grade304 stainless. Gear Guy has spoken!