Can I Just Use My Toothbrush Instead of a Climbing Brush? - Rock and Ice 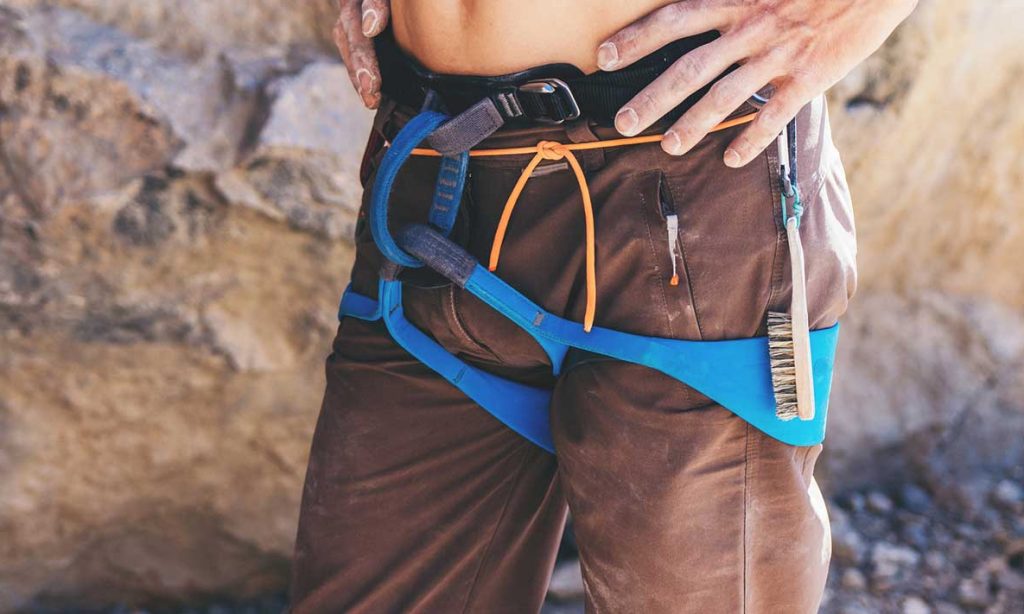 Can I Just Use My Toothbrush Instead of a Climbing Brush?

Is there enough of a difference between a brush made specifically for rock climbing and a toothbrush to justify shelling out for the former? Gear Guy digs in.

Is there any reason not to use your toothbrush to clean holds, or should I buy a branded climbing brush? 

Climbers have used toothbrushes to clean holds for at least 40 years, which is as far back as I can remember. A toothbrush has the advantage of being available and inexpensive, costing $1 to $3. Said tool will do a decent job of removing chalk and dirt, but unless you also use water, a toothbrush won’t completely clean the hold, it’ll leave some residual chalk and dust. A toothbrush will also wear out quickly because the bristles are made for teeth and gums, not rock. The really cheap toothbrushes break easily. Still, a toothbrush is adequate.

A gun-cleaning “toothbrush” is a step up. This type of brush has bristles on both ends. One end approximates the head of a toothbrush. The other end is much thinner, more knifelike, and useful for reaching into crannies the wider head can’t reach. You can get a 10-pack of gun-cleaning toothbrushes on Amazon for about $9. A gun brush usually has stiffer bristles than a toothbrush, and cleans holds a bit better. Disadvantages: These also wear out quickly and the harder plastic handles like to break rather than bend—it’s good to have the 10-pack.

Brushes purpose-built for climbing make a mockery of tooth and gun brushes. These can have nylon or natural boar-hair bristles. Climbing brushes have at least twice the surface area as a toothbrush, and some have up to four times that. They have robust handles and a denser pack of bristles. They last longer and do the best job of cleaning holds.

I prefer the animal (boar) bristles. The Sublime brush I use has 9,000 boar-hair bristles, according to Sublime (I didn’t count them). Boar hair does remarkable work. Brush a hold with a nylon brush and it’ll look clean, but brush it again with a boar-hair brush, and you’ll be shocked by how much chalk and gunk still come off the hold.

Climbing brushes cost more, but the amount is inconsequential. A three-pack of Sublime boar-hair brushes, enough to last an average climber at least three years, is around $20. Brushes from other climbing brands are similarly priced. Gear Guy has spoken!

Got a question for Gear Guy? Email rockandicegearguy@gmail.com