Ever wonder what it’s like to get caught in an avalanche?

It was November 1978. I was a cocky, ex-national-circuit ski racer, twenty-four years old, fresh out of college, and because I needed the money, I was building chairlifts at Bridger Bowl Ski Area in Montana. In the ignorance and vigor of youth, I naturally enough considered myself to be an avalanche expert. I had grown up in the mountains of western Montana, where my father had taught me about avalanches when I was ten years old, and I had been skiing in the backcountry the past several years and had so far avoided any serious mishaps. In other words, I was a typical avalanche victim.

I was skiing alone (first mistake) and not wearing a transceiver (second mistake). After all, I wasn’t “skiing,” I was “working,” tightening the bolts at the base of each chairlift tower with a torque wrench. Even in my stubborn ignorance, I could see that it was clearly very dangerous. Over a foot of dense snow had fallen the night before, on top of fragile depth hoar, and the wind was blowing hard, loading up the steep slopes beneath the upper section of the chairlift with thick slabs of wind-drifted snow.

Starting from the top, I skied down, stopping at each tower to torque the bolts. When I was finished with the tower at the top of the avalanche paths, I took off my skis and started walking back up the slope so I could gain the ridge and circle around to the tower beneath the avalanche paths. Then I quickly discovered my third mistake. Since I did not bring my backcountry skis or climbing skins, the easy climb was now an exhausting pig wallow back up through chest-deep snow, and the nearby snow-free cliffs were too scary to climb in my slippery plastic boots. I couldn’t help but notice that only a thirty-foot-wide couloir at the base of the cliffs separated me from the safe slopes on the other side. Naturally enough, I thought a good skier like me should be able to get up speed and zip across it before anything too bad happened. Ski cutting alone and without a transceiver or partner—fourth mistake.

I did my ski cut according to the book. I built up speed and crossed the slope at about a 45-degree angle, so that, in theory, my momentum would carry me off the moving slab, in case it did break on me. Since I had never been caught in an avalanche before, I had no idea how quickly the slab—after it shatters like a pane of glass—can pick up speed. I heard a deep, muffled thunk as it fractured. Then it was like someone had pulled the rug out from under me, and I instantly flopped down onto the snow, losing all the precious speed I had built up. Like a startled cow, I sat there on my butt and watched the soft slab shatter into little blocks, and then the blanket of snow rocketed down the slope as if sucked downward by extra-heavy gravity.

I jumped to my feet and tried to build up my speed again so I could jet off to the side, but it was far too late. The blocks of shattered slab were moving all around me, like a herd of tumbling cardboard boxes blown by the wind. Nothing seemed to work. Even though only two or three seconds had elapsed, the avalanche, with me as its unintended passenger, was already moving a good 20 miles per hour.  Looking downhill, I saw a line of small trees coming toward me at a frightening speed. I tried to maneuver to grab one of them. But avalanches, as I discovered, pretty much have their way with you. Luckily, the avalanche took me directly into the smallest tree, and I slammed into it hard and held on with all my strength. The snow pounded me like I was standing under a huge waterfall, and it felt like my neck would snap as each block of wind-blown slab smashed into my head. Luckily, most of the snow had passed by me before the tree trunk snapped off, which probably saved my life, but I was rocketing down the slope again.

Then the tumbling started, over and over like being stuck in a giant washing machine filled with snow. Hat and mittens, instantly gone. Snow went everywhere: down my neck, up my sleeves, down my underwear—even under my eyelids, something I would have never imagined. With every breath, I sucked in a mixture of snow and air that instantly formed a plug in my mouth and down into my throat. I coughed it out, but the next breath rammed my throat full of snow again. I was drowning, high in the mountains, in the middle of winter, and miles from the nearest body of water.

After a long while, when I was about to pass out from lack of air, the avalanche began to slow down, and the tumbling finally stopped. I was on the surface, and I could breathe again. But as I bobbed along on the soft, moving blanket of snow, which had slowed from about 60 mph to around 40 mph, I discovered that my body would sink if I didn’t swim hard.

So I swam. But something was pulling one of my legs down. These were the days before ski brakes, and I had safety straps attaching my skis to my boots. I could swim, but my skis couldn’t. One safety strap had torn the heelpiece out of my ski, but the other one remained attached. The ski was beneath me in the slower moving debris, and as the surface debris moved faster, it tipped me forward, shoving my face into the snow again and again. Eventually, the swimming worked, and when the avalanche finally came to a stop, I found myself upright and buried only chest deep, breathing hard, very wet, very cold, and very lucky.

I don’t think it’s possible to watch a huge natural event, especially a cataclysmic one, without having the experience change your life. Volcano watchers, tornado chasers, eclipse junkies—they all saw their first one, and then nothing was the same anymore: the unspeakable power, the beauty, the horror, the insignificance of humanity in the face of it all. They spend the rest of their lives trying to find it again. In an avalanche, the mountainside shatters like a pane of glass and roars down at 60 mph, ripping out trees. I rode one and somehow survived, and I have been haunted by them and have hunted them ever since. Avalanches will probably never let me go.

This is excerpted from the introduction to the new edition of Staying Alive in Avalanche Terrain, 3rd Edition (Mountaineers Books), the best-selling avalanche safety text.

Available online at www.mountaineersbooks.org and or the link below!

Author Bruce Tremper is recently retired as the director of the US Forest Service Utah Avalanche Center after twenty-nine years. He is one of the country’s foremost avalanche experts. 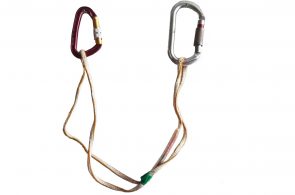 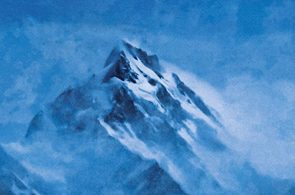