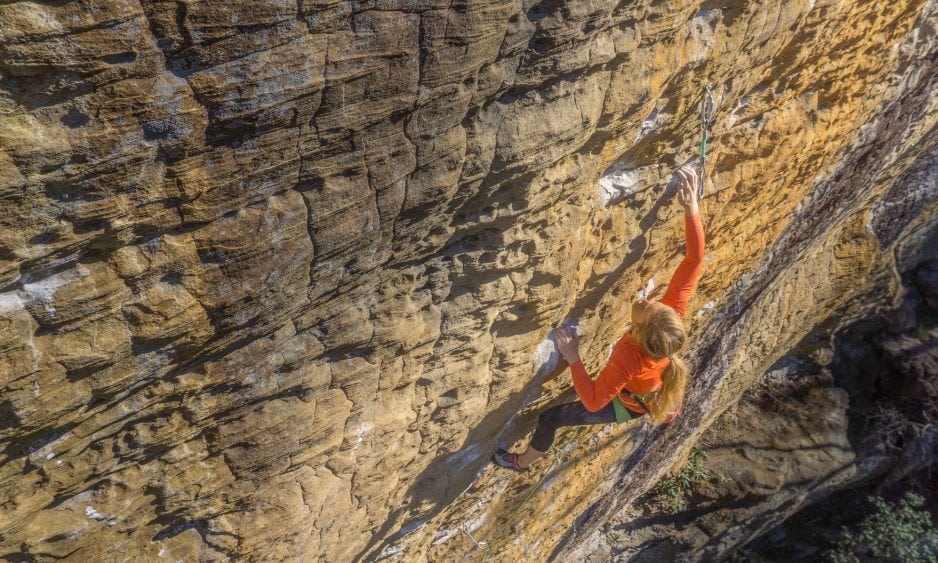 Ask any climber to list the top five crags in America, and their local cliff is sure to make the list. Hell, they might even say it’s the best. Like proud parents, they’ll point out all the great qualities of their child and post hundreds of photos from high angles with perfect lighting. The child is perfection. Top five kid, no doubt.

Meanwhile, the rest of us can’t help but notice the kid’s head is shaped like a lima bean with an eye like Mad Eye Moody that can’t quite find the camera… What I’m trying to say is, your kid—um, crag— is no blue-ribbon winner. I can tell you for a fact it is not the best crag in America. How do I know, you ask?  Because your crag did not win the all-important basketball tournament that determines this. Said tournament is the Gorge Cup and the reigning champion is my home crag and, therefore, the official Best Crag in America: the Red River Gorge. We even have a trophy to prove it.

“Basketball to decide the best crag in America?” you say, incredulously. Well, what would you recommend? A “climb-off”? Climbers are narcissistic and Instagram-follower-obsessed enough as it is, we don’t need to fan the flames of their egos with a silly event like that. Instead, we do that same thing but with jerseys and an orange ball on horizontal terrain.

The Gorge Cup started in 2011 after Dario Ventura of Miguel’s Pizza and Kenny Parker of Water Stone Outdoors argued at Outdoor Retailer over which area was better, the Red River Gorge or the New River Gorge. The beef got stronger over the summer, a time of year when each area is admittedly miserable for climbing thanks to high temps and even higher humidity. So it was decided that basketball would be used to settle the debate. I immediately received a phone call from Dario saying he needed my height and athletic prowess. I was in. Kenny was in trouble.

Turns out we kinda sucked at basketball and Kenny was not in for the trouble we had imagined. The Red River Gorge “Red Rockets” fell to the New River Gorge “Sock Monkeys” in year one. The game was in the New, and we traveled all the way back to Kentucky with raging hangovers and tucked tails.

Despite the loss, we realized we had something special on our hands. The game was intense, the crowd was big, and the after party was all-time. The entire weekend was  about community and camaraderie within our silly climbing subculture. The best part? There was hardly any talk of rock climbing. It was just the break we needed before ramping up for the fall season and sending temps. We knew we had to make it a yearly thing, so the second annual Gorge Cup was planned to take place in the Red River Gorge.

The stakes are high when you host the game on your own turf. There are visitors to impress, a home crowd to appease and fragile egos to protect. At the time, Miguel’s basketball court consisted of a gravel lot and the saddest hoop you’ve ever seen hanging from a dead tree. This was not Gorge Cup material. A massive court was paved and an NBA-quality goal was installed.

Recruiting also began, so I called up my boy Nik Summers. Ever heard of him? I didn’t think so. He sucks at climbing but the dude plays ball! He was destined to be the Lebron of the Gorge Cup. Piss him off and he’d drop a handful of three pointers real quick. The ladies love him, too.

And so the game has continued year after year, with the quality of play, intensity and fanaticism exceeding anything we could have ever imagined. We alternate who hosts every year, and there have been a few hometown upsets. The event has become an entire weekend affair with an exhibition game Friday night and a best-of series of five games on Saturday night—which almost always comes down to a final-game nail-biter, leaving the crowd screaming in anticipation, celebration and heartache. The culmination of the Cup is always a raucous dance party and a Sunday morning breakfast where the details are retold with starry eyes and queasy stomachs.

The Gorge Cup has carried on for eight years now. The Red River Gorge won this summer as we again defended our title, bringing our lifetime record to five wins, three losses.

What’s most important and unexpected are the friendships we’ve built. Though I only see the New River Gorge crew once or twice a year, I consider them some of my favorite people. We stay in touch (albeit mostly for shit-talking purposes) all year in anticipation of this crazy thing we’ve created. It’s really hard to explain exactly what the Gorge Cup is, but I know it’s rare and it’s special.

So there it is: rock-solid evidence that the Red River Gorge is the Best Crag in America. If you disagree, get your best squad of three and meet us on the  court in the first weekend of August. The 2019 game will be in the New River Gorge, and we’d relish the opportunity to have another team and embarrass you in front of your friends. But even in your humiliation, I can guarantee you’ll never have had more fun not climbing with a bunch of climbers. And who knows, maybe you’ll win and secure greatness and bragging rights for your home crag for an entire year! LOL JK you won’t, but what else are you going to do in the dog days of summer? Lace up your sneaks and we’ll see you there.

Jordan Garvey is a tall, handsome, single, mediocre rock climber based out of Indianapolis, Indiana. Eleanor Krause, Jordan’s shorter but more talented friend, also contributed to this reporting. She is also single.

Weekend Whipper: Going For It On Rebar (5.11a), Red River Gorge, KY 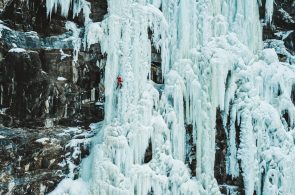