As the car approached the top of the hill, it came into sight—a magnificent rock forest. Everything I had heard was true. 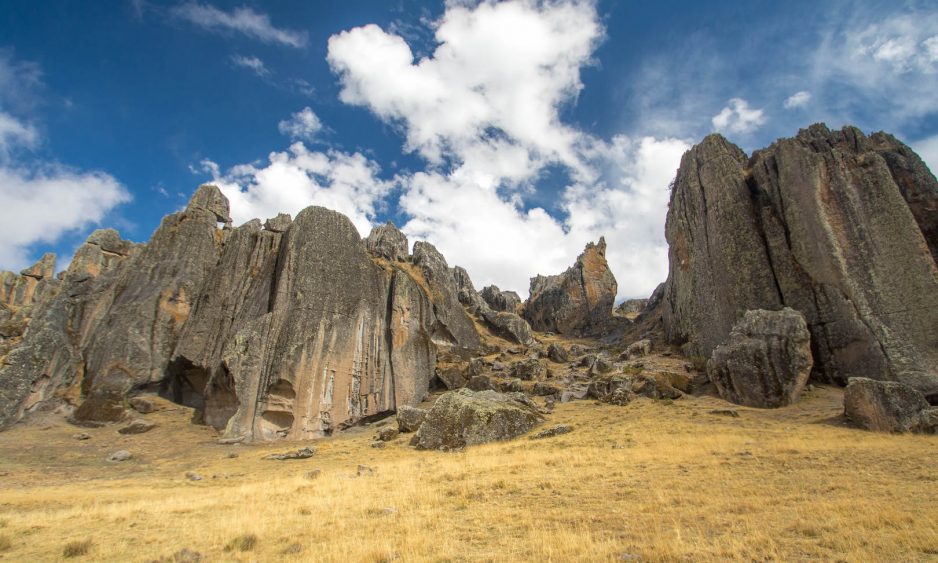 The La Placa Verde sector is home to many of the moderate climbs at Hatun Machay, although one will find plenty of more challenging lines here as well. Photo: Josh Laskin.

“Catac! Catac!” The combi, or collectivo driver, shouted his destination to passersby as we crammed into the small van until the amount of passengers exceeded the number of available seats.

The city of Huaraz—the jumping-off point for most mountaineering and climbing adventures in the Ancash region of Peru—bustled with a mix of locals and dirtbag climbers, travelers and mountaineers seeking the second-tallest mountain range in the world. The sound of beeping horns from passing taxis filled the air, and the familiar smell of grilled anticuchos entered our noses as we departed the city—a reminder of how comfortable we had become with the place that we were about to leave behind.

Upon arrival to the town of Catac, we were immediately greeted by multiple taxi drivers eager for a fare from a group of gringos. After a quick breakfast of fried trout with rice and some bartering in broken Spanish, we were on our way to Hatun Machay—the supposed sport climbing Mecca of northern Peru.

Peruvian pop songs and reggaeton music issued from the stereo as I watched Huascaran and the neighboring 6,000-meter peaks of the Cordillera Blanca, or White Range, recede in the rear-view mirror. Ahead, the Cordillera Negra, or Black Range, loomed large.

The white Toyota turned on to a crumbling dirt road, and began to struggle upward. Other than occasional boulders scattered throughout the alpine meadow, there was no sign of this infamous sport climbing mecca. Had I been duped? What was I doing in this barren wasteland? But as the car approached the top of the hill, it came into sight—a magnificent rock forest. Everything I had heard was true.

When I traveled to Peru for the first time last spring, I didn’t even think to bring my climbing shoes. I knew of the country as a destination for mountaineering and trekking expeditions, not clipping bolts. But at the Monkeywasi Hostel in Huaraz, the alpine rock forest at Hatun Machay—home to hundreds of established sport routes and infinite bouldering problems—came up frequently in conversation. As I wandered from shop to shop asking owners and guides what they knew about Hatun Machay, I heard only talk of chopped bolts and a volatile dynamic between the community and the area’s developer. A few even suggested finding another spot to climb altogether. That night, my New Hampshire-based climbing partner, Zach Higley, and I began discussing alternatives over a few Cusqueños (a local beer).

“I just got back from Hatun Machay yesterday,” another climber at the hostel chimed in cheerfully, as he entered the room. “It was incredible.” After a few more days of acclimatization around town and in the surrounding valleys, we were on our way to the crag.

Located in an alpine meadow in the Cordillera Negra, Hatun Machay sees a low amount of traffic, despite having more than 300 established bolted routes. The free-standing stone towers and mushroom-shaped formations boast climbs ranging from 5.6 to 5.14d. Petroglyphs dating back to 10,000 B.C. are etched into the walls of the surrounding caves, pointing to the area’s historical significance. For centuries, native communities saw the impressive rock formations as their “protectors,” and used the area to settle temporarily before moving on to another destination. Today, the area continues to play a significant role in the local community, which uses it for grazing livestock and shelter during the rainy season.

In the early 2000s, an Argentinian climber named Andrés Saibene saw the potential for climbing at Hatun Machay. He signed a lease with the local community of Pampas Chico in 2006 that would allow him to build and run a hostel on the property as he developed the area. For the next eight years, Saibene continued to bolt lines around the perimeter of the rock forest.

When a disagreement between Saibene and the community arose in 2014, however, he was evicted from the land. As a result, Saibene vandalized the refugio and chopped many of the bolts on the easier routes, leading to the temporary closure of the area. After talk between the community and local climbers about who would be in charge of running Hatun Machay moving forward, the area reopened for recreational use. Despite the removal of bolts and hangers from some of the area’s existing 400 routes, over 300 lines remain in tact.

“Venga! Come on, Josh!” yelled Romain Forclaz, my belayer and a Swiss climber who we befriended at the hostel. I reached for the small flake above, and felt the sharp volcanic rock cut into my hands as if I were grabbing a serrated knife. I slipped the toes of my shoes into huecos on both sides of the dihedral, and clipped the next bolt. My arms were pumped and my hands were bloodied, but a feeling of relief encompassed my body. I heard shouts of encouragement in multiple languages from my friends below as I worked my way through the remainder of the route.

That night, we passed a bottle of Pisco between friends, and shared a community meal of pasta with tomato-flavored mayonnaise—a concoction that can be attributed to the similarity between mayonnaise and sauce packaging in Peru. A massive tower, formed six million years ago by the eruption of a volcano loomed over us, serving as a welcome backdrop to our feast. I sat back and looked at my new friends— strangers just a few days prior—talking, laughing, cooking, and drinking at the edge of this expansive rock forest. My thoughts wandered, from the fear that I had felt just before clipping the bolt at the crux during the afternoon’s climb, to the earlier uncertainty about what we would find at Hatun Machay.

During the commute back to Huaraz, I found myself crammed into a taxi (more people than seats, yet again), exchanging stories from our travels and reminiscing about the climbing done. While the future of the rock forest at Hatun Machay may be unknown, its undeniable beauty has drawn people from across cultural lines for thousands of years, and continues to do so.  Controversies may come and go, but the striking rock formations will remain long after the humans who climb them are gone.

Read on below the break for all the beta you need about climbing, accommodations, getting there and more!

Due to Peru’s location in the Southern Hemisphere, its seasons are opposite to those in North America. The winter, from May through September, is the dry-season and the best time to climb. If traveling during the shoulder or rainy seasons, you may still be able to get some climbing in, but be sure to start early.

While you may be able to arrange for a taxi to take you directly to Hatun Machay from Huaraz, the cheapest way is to catch a combi, or shared mini-bus, from Huaraz to Catac, and hire a taxi from there. The combi should cost about 1.50 soles, and 60 soles for the taxi, which equates to about $20 total. The entire commute is just under two hours. The Casa de Guias can answer any questions with regard to logistics, and anything else climbing or trekking related.

While there is a refuge available to visitors, its current condition is unknown due to recent vandalism. Camping is allowed on-site, and may be the best option. A small fee of 10 soles ($3.00) is charged for each night of camping, and an additional 10 soles for entry.

Routes ranging from 4+ through 9a (5.6 through 5.14d) are spread throughout 23 different sectors along the perimeter of the rock forest, each of which showcase the crag’s unique features. Huecos, jugs, shallow cracks, and crimps dot the vertical and overhanging walls, with plenty of pumpy roofs to keep the excitement level high. Over 400 routes have been established at Hatun Machay, although there are currently only 300 in climbable condition due to the recent controversy.

Climbing gear is much more expensive in Peru than in the States, and many local climbers and guides use their own money to purchase equipment for bolting routes. Donations, specifically bolts and hangers, are greatly appreciated by the climbing community and can be brought directly to Andean Kingdom, who has been working to establish new climbing areas around Huaraz and will be helping to re-bolt at Hatun Machay in the future.

The climbs of Hatun Machay are described in the Huaraz Climbing Guide, which can be purchased at multiple stores in Huaraz or online, although the amount of routes has almost doubled since its publish date.

Josh Laskin is a freelance travel writer/photographer and wilderness therapy guide based in North Conway, New Hampshire. Check him out on Instagram or visit his website for more of his photography and writing. 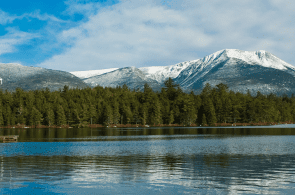