A simul-rappel mistake leads to a tragic death on Reed’s Pinnacle in Yosemite Valley, California. 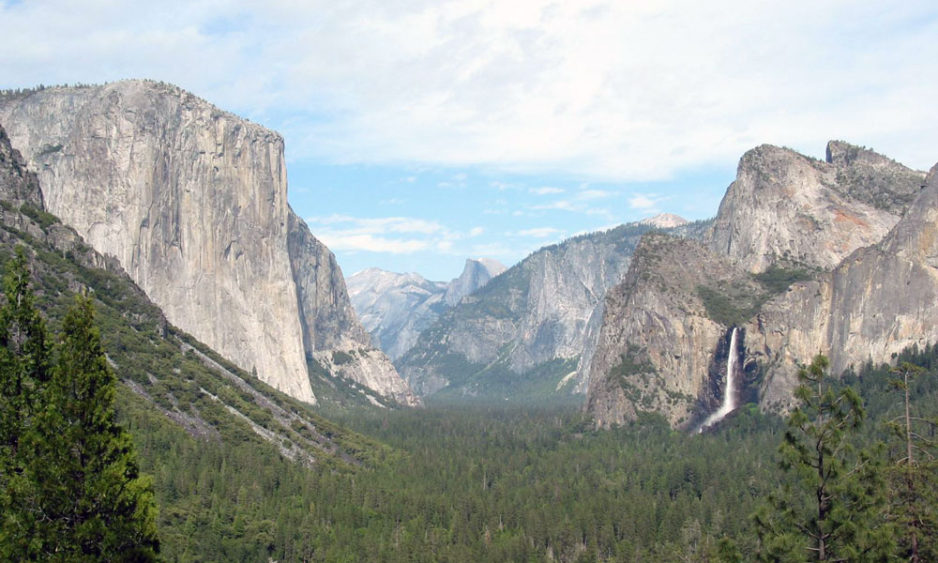 At around 2:30 p.m. on July 10, two climbers stood on the ledge atop Lunatic Fringe (5.10c) on Reed’s Pinnacle in Yosemite Valley, California. “John” had just finished belaying “David” up the route, and the two were preparing to descend. (Per National Park policy, the climbers’ names have been changed in this report.) David had a Grigri, while John had an ATC. David had climbed Lunatic Fringe before, and the two were using an 80-meter rope, which David knew just reached the ground when doubled. Because David had a Grigri, a device that can only be used to rappel on a single strand, the two decided to simul-rappel, a technique where one climber counterweights the other, allowing both to rappel at the same time.

They rigged on separate sides of the rope and started their rappels. When John was about 15 feet off the ground, he stopped at a small, sloping ledge to wait for David, who was still about 70 feet up, using his Grigri. John later described feeling “a sudden change in the pull of the rope, the rope going.” According to the responding ranger, Jesse McGahey, John said he fell to the ground and temporarily “lost consciousness.”

When he regained his senses, John saw David lying on the ground near him. He asked David if he was O.K., and got a response. John tried to stand and discovered that his leg was broken, so he crawled down the short approach to the parking area. There he encountered a tourist, who called 911.

At 2:50 p.m. Yosemite dispatch received the call, and soon after, McGahey arrived and ran up the trail with a medic bag. “Upon reaching the cliff, he found David unresponsive, without a pulse and not breathing. He immediately called for additional resources and began CPR,” stated the accident report.

Based on the testimony of the surviving partner and on-site analysis by McGahey, it was determined that John lost control of the rope. Since there were no knots or back-up systems in place, the end of the rope passed through John’s ATC, and David, no longer counterweighted, fell approximately 70 feet to the ground. The length of his fall was determined by the amount of rope below his Grigri.

Later, McGahey went back and climbed the route as part of his accident assessment. He observed a fixed nut in the crack near the point where David had fallen. The ranger surmised that David might have pulled onto the wall with the intention of removing the gear. This would account for the sudden drop John experienced. In any case, without a knot or backup and with only 15 feet of rope remaining, if John lost control of the braking side of the rope, even momentarily, he would have had little time before the tail slipped through his device.

This accident would have been prevented if the climbers had tied knots in the ends of the rope before rappelling. Note, however, that knotted ends will not always prevent rappelling accidents. For example, on rappels where the rope ends reach the ground or a ledge, losing control could still result in a ground/ledge fall. A safer method involves both knotting rope ends and using a hands-free backup such as a prusik hitched on the rope below your rappel device, as shown in the photo here.

Simul-rappelling is rarely necessary—perhaps the only time it is actually required is to descend a spire where there is no anchor, and climbers must rappel different sides to get down. Simul-rappelling also presents extra risks. It increases the load on the anchor—a consideration in scenarios where you’re rapping on old fixed pitons, bolts or gear that could fail under high loads, such as those generated when two climbers jounce down uneven terrain simultaneously. Also, if the two climbers are using different devices or one of them is significantly heavier than the other, the rope might be differentially loaded, allowing more slack to slip through the anchor on one side and causing the rope ends to become uneven. The real danger in simul-rappelling, though, as evidenced by this fatal accident, is that if one rappeller unweights his side of the rope, either by reaching the ground or a ledge ahead of his partner or by losing control of his brake hand, the rappeller on the other side of the rope will free fall.

Avoid any scenarios where you unnecessarily place your life in the hands of another. In this case, David could simply have tied off the rope and rapped on a single line using his Grigri, then John could have rigged for a double-rope rappel. Or, knowing that the 80-meter rope was long enough, John could have, after leading, simply lowered from the anchor (quicklinks and rings) and belayed David up using a slingshot toprope.

According to Accidents in North American Mountaineering in 2013, rappelling accounts for a high percentage of climbing fatalities every year. Hedge your bets by practicing safe rappelling: knot your ropes, use a hands-free backup and take responsibility for your own safety.

This article originally appeared in Rock and Ice issue 239 (January 2017).