On January 23, an ice climber fell off the second pitch of Screw and Climaxe (NEI 3+), a 350-foot ice climb on the north side of Pitchoff Mountain in the Adirondacks, New York. 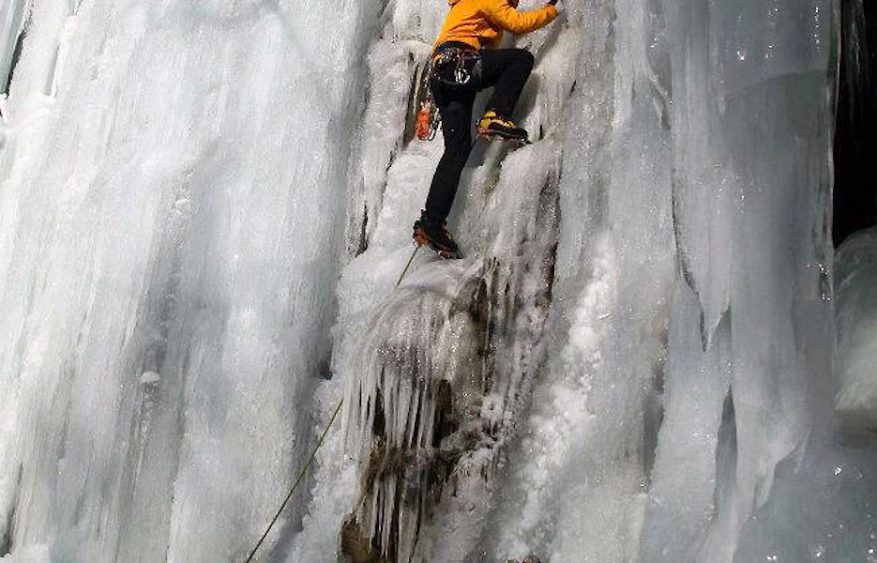 On January 23, an ice climber fell off the second pitch of Screw and Climaxe (NEI 3+), a 350-foot ice climb on the north side of Pitchoff Mountain in the Adirondacks, New York. His ice screws below ripped out and he plummeted roughly 60 feet to the belay ledge, bounced off, and then continued falling, stopping 15 feet shy of the ground.

The climber, a 40-year-old from Stamford, Connecticut who has not been identified by name, suffered a severe fracture to his leg. His two climber partners managed to lower him to the base of the climb and kept him warm while they waited for rescue.

Despite its low angle and moderate difficulty, Screw and Climaxe is “a notorious head climb,” Ed Palen, a local climber and owner of the Rock and River lodge in Keene, told the Adirondack Almanak. He added that the route is “on the thinner side” this season.

Palen and his 15-year-old son had snowshoed to the scene of the accident, bringing jackets, food and water.

According to the Adirondack Almanak, Palen, who talked to the climbers afterwards, said they had soloed 40 feet of easier terrain to a ledge before roping up. When the man from Stamford began leading, he couldn’t find any suitable screw placements. Higher up, he clipped a frozen sling sticking out of the ice, possibly from an old Abalakov (V-thread) or attached to a pin. He continued climbing and was able to place one or two ice before he decided to traverse right to trees.

“When he started cutting over, he hit thinner ice and just fell,” Palen told the Adirondack Almanak.

The one or two ice screws pulled out, but the frozen sling arrested his fall, 15 feet from the ground.

He was driving back from another rescue and still had snowmobiles loaded on his truck. Van Laer, along with four other rangers, drove to the area and snowmobiled to a beaver pond below the north side of Pitchoff where they continued by foot. They called for backup—expecting a technical rescue. At 6:30 p.m., they reached the base of the climb.

The injured climber was “kind of in a pile, his head facing downhill,” van Laer told the Adirondack Almanak. “The guy was busted up bad.”

After stabilizing the injured climber and securing him to a litter, the forest rangers carried the litter over boulders and around trees until they were able to lower him down a snow gulley using ropes. He was pulled in a sled by snowmobile to a waiting ambulance at the bottom of Old Mountain Road, and then taken to Adirondack Medical Center in Saranac Lake, before being transferred to a hospital in Burlington, Vermont.

The rescue operation, from initial call to the time the injured climber reached the ambulance, took about four hours and was carried out by eight forest rangers, three volunteer rescuers, and a medic, according to the Adirondack Almanak.

Following the accident, Alpine Adventures, out of Keene, posted a note of caution on their Facebook page: “Although Screw and Climaxe is not particularly difficult technically, it is frequently a serious undertaking, with little or no margin for error. Thin ice on the lower pitches, conditions that prevail more often than not, frequently render the climbing unprotectable, with too little ice to hold an ice screw and no place for rock gear.

“Although unprotectable thin ice may (or may not) be climbable with good technique and a cool head, it comes with a very unforgiving performance imperative. With no reliable protection to catch you, the consequences of a fall, as evidenced by this unfortunate accident, are serious.” 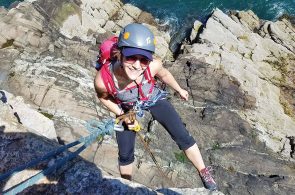 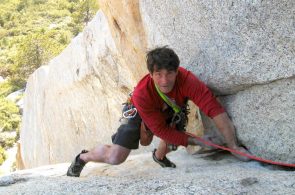