Massive rockfall on El Capitan during peak climbing season kills at least one person and injures another, according to the National Park Service. 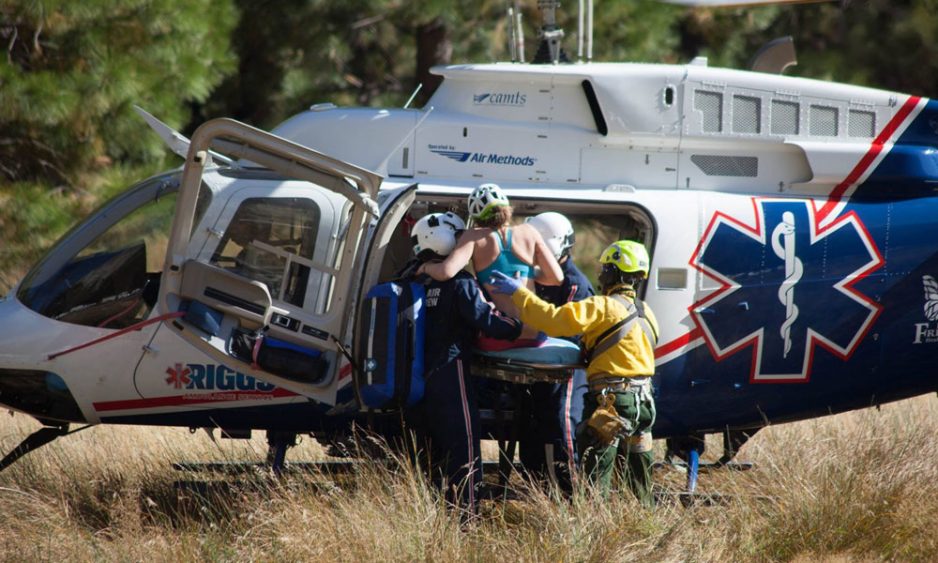 On Wednesday, September 27 a “100-foot by 100-foot chunk of granite the size of an apartment building,” as climber and witness Peter Zabrok described it, cut loose from near the East Buttress of El Capitan in Yosemite National Park. The rockfall killed at least one person and injured another, according to the National Park Service.

The rockfall occurred at around 1:52 p.m. near the Waterfall Route (VI 5.10 A4) on the east side of the Big Stone, between the free routes Secret Prophet/Secret Passageand Lost in Translation.

Zabrok, also known as “Pass the Pitons” Pete, Ryan Sheridan and Patrick McRedmond witnessed the rockfall from above on the Waterfall Route. “I just happened to be tagging up some gear at the precise moment the rock fell,” Zabrok posted on Facebook.

I saw a 100-foot by 100-foot chunk of granite the size of an apartment building peel off two thousand feet above the deck, hit the wall a thousand feet up and shatter into a hundred thousand pieces that completely annihilated everything [beneath]. It is inconceivable the people I saw survived. There was one survivor apparently? I am also pretty sure I observed a body recovery.

If there are two people missing, it will be extremely difficult to recover them from beneath so much Rockfall.

According to Sheridan on Facebook, the rockfall hit their last bivy location on the Waterfall Route; they had just rounded the corner that morning and were out of the way when the chunk of rock broke away.

“Not looking good, there have been five subsequent slides. The entire route we just spent a week climbing now [lies] on the ground. Million-pound releases of rock, and it’s still active,” Sheridan posted. The team is out of the danger zone, according to Sheridan, and they plan on topping out today, with one pitch to go.

Yosemite Search and Rescue (YOSAR) were quick to the scene to assess the situation, and airlifted an injured female climber to the hospital.

According to Dakota Snider who was on scene, YOSAR was able to recover the body of the deceased climber that evening after an “intense” rescue, he tells Rock and Ice. “Incredibly proud of the NPS/YOSAR family up here,” he says.

This time of year is peak climbing season in Yosemite Valley.

The National Park Service has confirmed “one fatality, one injury and all people accounted for” in an official press release today, and has concluded search efforts.

The two victims, whose names have not yet been released, were a couple from Great Britain who were visiting Yosemite to rock climb, according to the NPS. They were hiking on the talus field below when the initial rockfall occurred (no climbers on the wall were injured). By the time search and rescue could safely reach the area, “the male was found deceased,” the press release states. The woman was airlifted to the hospital with “serious injuries.” The NPS is currently working with the consulate to notify their family members.

According to the NPS, “a preliminary estimate for the cumulative volume of all seven rockfalls is about 16,000 cubic feet (450 cubic meters), or about 1,300 tons. The irregular ‘sheet’ of rock that fell is estimated to be 130 feet tall, 65 feet wide, and 3-10 feet thick.

This is the 16th fatality due to rockfall in Yosemite National Park since park records began in 1857.