Top alpinists and beloved members of the climbing community are gone following avalanche. 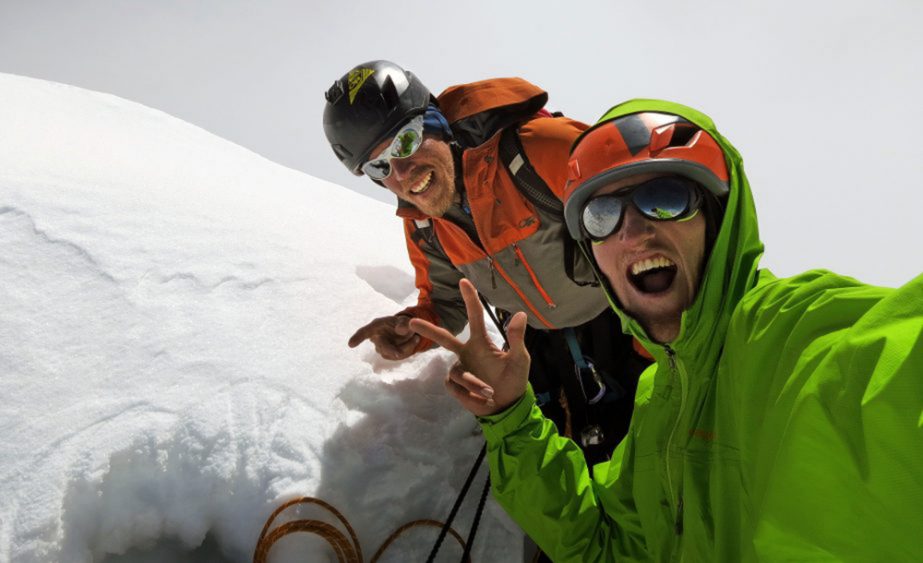 Hayden Kennedy and Kyle Dempster on the summit of the Ogre 1 after four days on the go. Photo: Hayden Kennedy.

On Saturday, October 7, Hayden Kennedy and Inge Perkins were struck by an avalanche while skiing in the southern Madison Range of Montana. They were approaching the North Couloir of Imp Peak when the slope above them slid.

According to the Gallatin National Forest Avalanche Center, Perkins, 23, was fully buried in the avalanche under three feet of snow. Kennedy, 27, was partially buried. He searched for Perkins, but unable to find her in the debris, he hiked himself out six miles to the trailhead, according to a new report from the Gallatin National Forest Avalanche Center. Gallatin County Search and Rescue recovered Perkins’ body on October 9.

“Hayden survived the avalanche but not the unbearable loss of his partner in life,” his father, Michael Kennedy, shared on Facebook today. “He chose to end his life. Myself and his mother Julie sorrowfully respect his decision.

“Hayden truly was an uncensored soul whose accomplishments as a mountaineer were always secondary to his deep friendships and mindfulness.”

So nice to get high with this guy again!! . . When no one wanted to come with me to climb @3v4n92 and @m.4bbott’s fucking awesome new 8 pitch route on Ross Peak, Blue Pheonix, HK (who recently had shoulder surgery) volunteered to belay me and jug up behind. Very grateful for his support but also excited to really share the energy of climbing with him again soon.

Hayden, originally from Carbondale, Colorado, had recently moved to Bozeman to work on his EMT certification while Inge, a Bozeman native, completed her bachelor’s degree in mathematics and education at Montana State University, according to Michael Kennedy.

Perkins was a highly accomplished skier and all-around climber, and like her partner, shied from the limelight. She had skied the Grand Teton; traversed the Taylor Hilgard Unit (20-plus miles, 13,000 vertical feet) in the Madison Range, where she was killed; and won the Montana Randonee Championships. She also won the Montana Bouldering Championships and the first outdoor deep-water-solo competition at Summersville Lake, West Virginia.

Her favorite quote was, “Everything is a circle from far enough away,” according to her Mystery Ranch ambassador bio.

In 2011, at 21 and 23, he and Jason Kruk did the 1500-meter (5000-foot) North Face of North Twin, the hardest face in the Canadian Rockies and the site of only three ascents: its FA in 1974 by George Lowe and Chris Jones, the North Pillar by Barry Blanchard and Dave Cheesmond in 1985, and the North Face variation by Steve House and Marko Prezelj in 2004.

Only a few weeks ago, Kennedy wrote for eveningsends.com: “Over the last few years, however, as I’ve watched too many friends go to the mountains only to never return, I’ve realized something painful.

“It’s not just the memorable summits and crux moves that are fleeting. Friends and climbing partners are fleeting, too. This is the painful reality of our sport, and I’m unsure what to make of it. Climbing is either a beautiful gift or a curse.”

Facing the Monster – By Hayden Kennedy

Deep North: A Trip to the Arrigetch Peaks