On Saturday, Urbubko set off early morning to attempt the Savage Mountain—in winter, by himself, without telling his expedition mates. 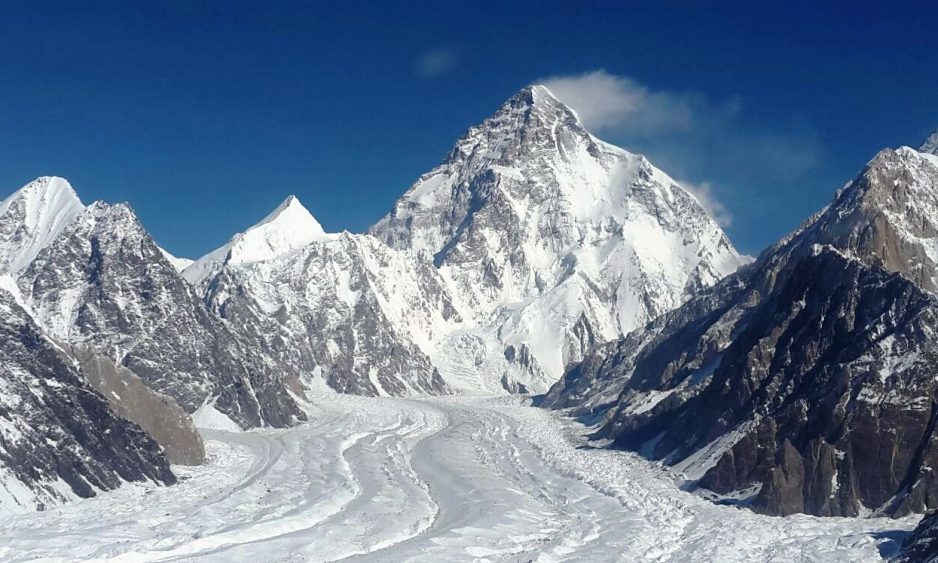 On Saturday morning, February 24, the members of the Polish K2 expedition currently attempting to complete the first winter summit of the Savage Mountain awoke to an unexpected and unsettling surprise: Denis Urubko, one of the team members, had left Base Camp to make a solo push for the summit, without telling anyone and with the explicit disapproval from the expedition leader Krzysztof Wielicki. Urubko had taken no radio.

For the past month-and-a-half, the 11-member Polish expedition has been slowly and tediously fixing ropes up K2 (8,611 meters/28,251 feet), where in winter winds can eclipse 100 miles per hour and temperatures can sink to -80°F. After dangerous rockfall led Wielicki to switch the expedition’s objective from the Česen Route to the Abruzzi Spur, Urubko—already disgruntled by the sluggish pace of progress up the mountain—made known his misgivings about the new choice of route via his personal blog. He believed that the East Face offered the best opportunity for a successful path to the summit sheltered from the scouring winds and unpredictable rockfall.

Urubko, a 44-year-old Russian-Polish citizen, is one of the most accomplished winter Himalayan climbers of all time. He made the first winter ascents of Makalu (8,485 meters) and Gasherbrum II (8,035 meters), in 2009 and 2011, respectively. He has also climbed all 14 8,000 meter peaks at least once without supplemental oxygen.

Along with the younger Pole, Adam Bielecki, Urubko had been the tip of the spear on forays up the mountain thus far in the expedition. On both the Česen Route and the Abruzzi Spur, the duo had established the highest camps yet reached and spent more time at higher altitudes than any other team members. (Bielecki and Urubko were also the climbers who made the dazzling rescue of Elisabeth Revol in late January on Nanga Parbat.) Most recently, they had pushed the team’s high point to 7,400 meters (24,278 feet)and had spent multiple nights at 7,200 meters (23,622 feet).

On the evening of Friday, February 23, Urubko asked Bielecki if he would join him the next morning for a summit push. Bielecki wrote on Twitter: “[Urubko] proposed [we go for the summit together] but I suggested [it would be] better [to] rest and wait for reasonable weather” [translated from Polish]. So Saturday morning, Urubko lit out for the mountain by his lonesome.

The “rules” of winter Himalayan climbing are a mix of convoluted and arcane, and are the main impetus for Urubko’s de facto defection from the team at K2. The Nepal government has historically defined a winter ascent as one occurring between December 1 and the end of February, despite calendar winter’s bookends being the winter solstice, around December 21, and the vernal equinox, around March 21. In recent years, most winter-inclined alpinists have favored the calendrical boundaries as the logical parameters for a true winter ascent.

Urubko is a traditionalist. To log a winter ascent on K2, he felt that there were only a few days left to reach the summit. Wielicki overruled him, instead favoring a summit bid for early to mid March. And so Urubko, angry and fiercely independent, decided to just go it alone. On his way up, he passed fellow team members Marcin Kaczkan and Maciej Bedrejczuk at Camp 1. Urubko refused to speak to Wielicki on their radio.

Speaking to the National Geographic journalist Mark Jenkins by satellite phone, Wielicki said, “What Denis has done is very selfish. … Denis thinks it’s all about just him, but it’s not. He has put all of us in danger. If something goes wrong, of course we must try to rescue him.”

But by Monday, February 26, the AWOL Urubko was already back in Base Camp. Details are still unknown, but it is believed that he turned back around 7,600 meters due to high winds.

A statement on the Polish Winter Himalism program Facebook page read, “Denis Urubko, according to his convictions regarding the end of the winter season, decided to leave the Winter Expedition on K2. This decision was accepted by the participants of the expedition, who did not see any further possibility of cooperation with Denis after his independent attempt to get the top.”

What is to follow after these dramatic few days for the remaining Polish Ice Warriors left at K2 is still to be seen. With just over three weeks of calendar winter left and some good weather on the horizon, the chances of summiting—while never high— are as good as they get in winter Himalayan mountaineering. And for Urubko? Throughout his time with the expedition he didn’t hold back his feelings and thoughts on his personal blog, so there are likely to be some revelations of these past few days in the near future—stay tuned!

Nanga Parbat: Rescuers Save Revol, Could Not Help Mackiewicz