Adam Ondra has claimed the first ascent of La Dura Dura (5.15c) today. Likely the hardest sport climb in the world, La Dura Dura was one of the last remaining projects of Oliana, Spain. 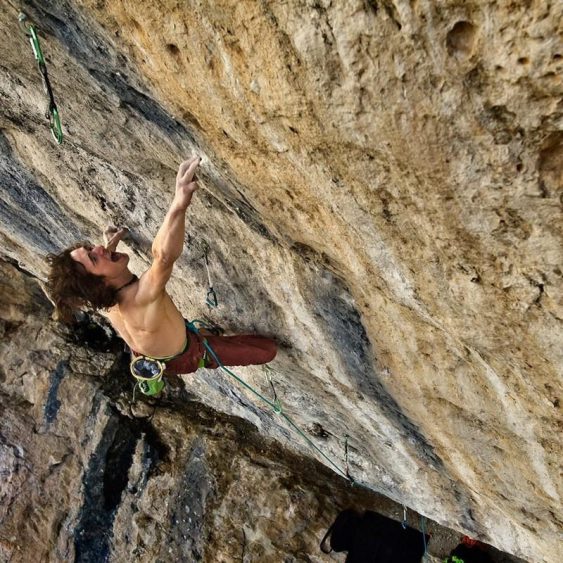 La Dura Dura. Photo by Bernardo Gimenez. ” style=”border: 0px none; float: right;” src=”https://d1vs4ggwgd7mlq.cloudfront.net/wp-content/uploads/Article-Images/News-Photos/ondra-la-dura-dura.jpg” />Adam Ondra has claimed the first ascent of La Dura Dura (5.15c) today. Certainly one of the hardest sport climbs in the world, La Dura Dura was one of the last remaining projects of Oliana, Spain.

“It was 2nd day on, my forearms felt sore in the morning. I was thinking of calling it a rest day…” commented Ondra on 8a.nu. “But I was less nervous and battled through the bottom and got very pumped to the 2nd crux, where I didn’t fall despite no expectations.”

Just last week, it was reported that Ondra had fallen two moves from easier ground during an attempt on La Dura Dura, and the Czech prodigy seemed poised to send. However, Chris Sharma, who bolted the route, was also making progress on the 165-foot mega pitch. And just yesterday, Sharma claimed the first ascent of Stoking the Fire (5.15b) at Santa Linya, Spain, alerting the climbing world to his current fitness and psych.

But in the end, the first ascent of La Dura Dura went to Ondra, who finished off the new-level route in exciting style.

La Dura Dura is Ondra’s second 5.15c first ascent, his first being the 180-foot monster route Change, located in the Hanshelleren cave near Flatanger, Norway, which he sent in October 2012.

READ ABOUT ONDRA’S SISTER WHO CLIMBS 5.14

Here is an awesome video by Big Up Productions of Ondra and Sharma working La Dura Dura.