Marc-André Leclerc and His Impossible Dreams: A Remembrance
News +

Marc-André Leclerc and His Impossible Dreams: A Remembrance

Below, Will Stanhope reflects on the incredible talent, compassion and thoughtfulness of his friend Marc-André Leclerc, and the myriad ways the late alpinist affected those around him. Leclerc, 25, died in the Mendenhall Towers, outside Juneau, Alaska, sometime in the days following March 5, 2018. He had just completed a first ascent on the North Face of the Main Tower with his partner, Ryan Johnson, who also died on the descent. 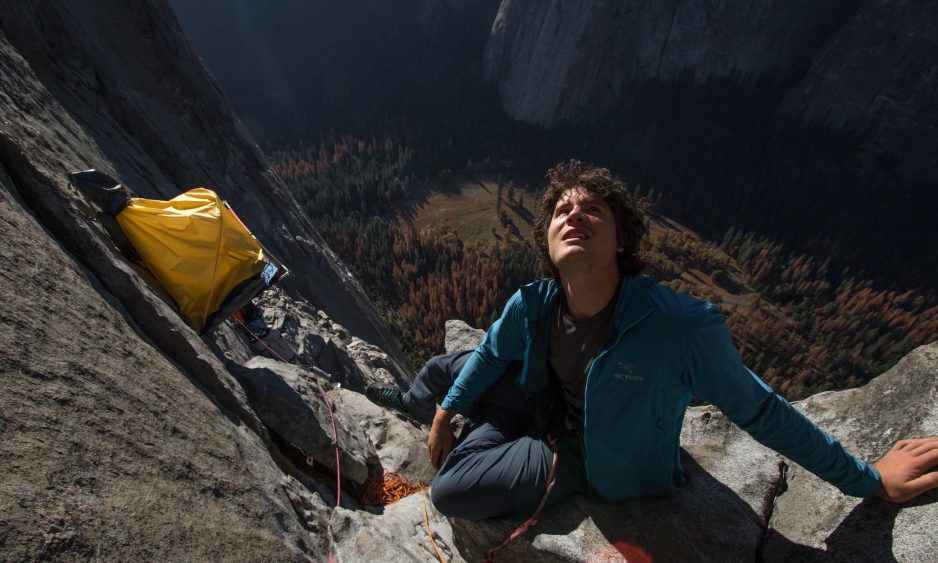 I first met Marc-André Leclerc at the Starbucks in Squamish, BC, when he was about 15 years old.  Wild-eyed with curly dark hair, he seemed to have an electrical current of stoke running through his gangly body. He peppered me with question after question and practically reverberated with psyche and curiosity. I’d never met anyone with such bubbling levels of excitement about climbing. In the words of his longtime friend and Fraser Valley local Drew Brayshaw, “Marc-André was the only climber and maybe the only person I’ve ever met who made those impossible dreams manifest and actually lived up to his own teenage fantasies of climbing by doing all the things he’d said years earlier that he wanted to do.”

Leclerc, originally from Pitt Meadows, BC, first started climbing in a gym in Maple Ridge, BC, at age 9. At age 11 his family relocated to Agassiz, BC, where Leclerc soon took to the local cliffs and the mountains above his home, honing his skills and already thinking of bigger things.

When he relocated to Squamish, not long after our first meeting, he blew me away with unprecedented levels of dirtbagging.  Lacking a vehicle and driver’s license, he either occupied a cramped stairwell for $180 a month, or lived in the boulders beneath the Chief. Before long he had ticked 5.14 and done some impressive rock solos, such as the first free solo of High Plains Drifter, a 5.11c at the top of the Chief. At age 20, he soloed three routes—the Grand Wall, Uncle Ben’s and University Wall—on the Squamish Chief in a 17-hour push. Later that same summer he soloed the Grand Wall in just 57 minutes.

“Young Marc,” as we called him, was obviously a prodigy. But it was in the mountains where his true ambitions lay.  Over the following years, all we could do was scratch our heads and watch in awe as Marc-André applied his prodigious talent to the peaks of British Columbia and beyond.

Mount Slesse, whose name means “The Fang” in the Halq’eméylem First Nation’s language, sits above the town of Chilliwack, close to Agassiz. The peak occupied a special place in Marc’s heart between its proximity to home and it’s beautiful quietness, and he frequently returned to it, raising standards with nearly every visit. In 2014, he soloed three full-length routes—East Pillar, Navigator Wall and the Northeast Buttress—on Slesse in just over 12 hours. In March of 2015 he did the first winter solo of the Northeast Buttress.  Though this ascent was largely ignored by the media, Marc considered it his most difficult solo in the mountains.

Venturing beyond his home hills, Marc found a personal playground in Patagonia. In 2015, he did the first solo of the 4,000-foot Corkscrew link-up (5.10d A1) on Cerro Torre, the hardest solo ever done on the mountain.  The Patagonia climbing legend Rolo Garibotti called it, “an ascent of earth shifting proportions.” That same season, with Colin Haley, Marc did the first ascent of the “Reverse Traverse” of the Torre group, which they dubbed La Travesía Del Oso Buda (1,200m, 5.10, A1, M5, WI 5/6).  The next year, in September 2016, Marc did a solo winter ascent of Torre Egger. “In the past few years, no single other alpine climber’s exploits caught my attention as much,” says Haley.

In early 2016 in the Canadian Rockies, Marc had soloed three routes—French Reality (M5 WI 6+); Nightmare on Wolfstreet (M7+ WI 6+) into The Day After les Vacances de Monsieur Hulot (M5 WI 6); and Nemesis (WI 6)—on the Stanley headwall in one day, a feat that blew the locals away. “I’ve been climbing for 25 years and never seen anything like it,” said Canadian alpine climbing legend Jon Walsh. “A lot of people’s jaws really dropped when he climbed those three routes without a rope.”

A couple months later, Marc soloed the Emperor Face on Mount Robson. This ascent in particular seemed to have a profound effect on him. In his revelatory, must-read blog post about the climb, he wrote, “Through time spent in the mountains, away from the crowds, away from the stopwatch, away from the grades, and all the lists of records, I’ve been slowly able to pick apart what is important to me and discard the things that are not. Of course the journey of learning never ends but I’ve come to believe that the natural world is the greatest teacher of all, and that listening in silence to the universe around you is perhaps the most productive way of learning.”

For the past six years, Marc-André’s most frequent partner was his girlfriend Brette Harrington. The love between them was palpable. On a long, sweat-soaked, gear-ferrying hike in northern Patagonia on our way to Cerro Mariposa in 2014, Marc explained to me how Brette’s love and companionship rekindled his psyche for climbing and pulled him out of a brief, aimless stage in life.

Marc’s family—father Serge Leclerc, mother Michelle Kuipers, sister Bridgid-Anne Dunning and brother Elijah Leclerc—was incredibly important to him.  He prioritized spending time with them. A couple of summers ago, eager to introduce his mom to the mountains he adored so much, he guided her up to within two pitches of the top of Nesakwatch Spire, across the valley from Mount Slesse. “I still remember him peering down at me while belaying, watching me claw at the granite, saying it must be harder than he remembered,” recounts Michelle.

As his friends can attest, climbing with Marc was always full of hijinks, antics and laughs.  Once, when we were asked to pose for some soloing photos that would appear in a local newspaper, Marc grimaced on a trivial 40-foot 5.8 as if he were nearing the top of the Torre headwall.  Unsurprisingly, he made the front page of the paper. Ever the unselfconscious jokester, he was famous for frequently breaking out into “air beta,” pantomiming sequences with his hands and feet when he could no longer contain his excitement.

Beyond the accolades and the mind-bending feats, Marc was a truly kind and gentle soul.  I’ve never met anyone so unfazed by recognition. Despite being one of the world’s best climbers, he treated everyone the same and had time for everyone. Pure souls like Marc are rare in this world.

Remembering Ryan Johnson: A Visionary and a Dreamer