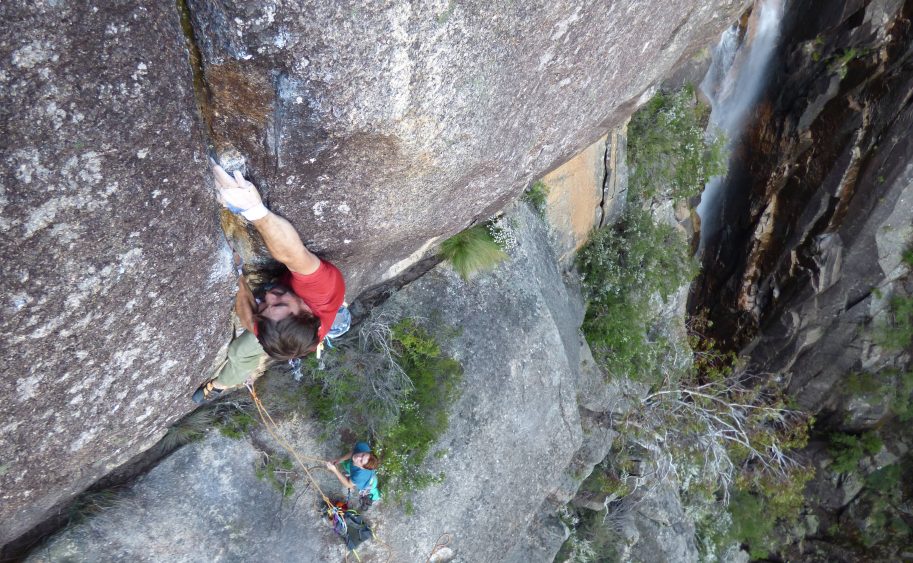 Local climber Zac Vertrees first introduced Barber to the crack two years ago. At that time both climbers sent The Great Shark Hunt (5.13c), which was Australia’s hardest crack climb upon its establishment by legendary Australian climber Malcolm Matheson in 1994. Since then, other 5.13c crack routes have been established in the country but nothing harder.

After their successful ascents of Shark Hunt, Barber and Vertrees shifted their attention to Japanese Deep Freeze, dialing in the beta on toprope after several days, and agreeing that the line was significantly harder than The Great Shark Hunt. However, the two climbers couldn’t figure out how to hold positions that enabled them to place gear.

Barber returned to the project this year confident that he could find the beta and send.

“Luckily for me my hands are small enough to hold the very tight hands and so I can stop to place,” Barber tells Rock and Ice. “Zac has larger hands and couldn’t get the jams to work.”

While he doesn’t think Japanese Deep Freeze rivals the Cobra or even his first ascents in China  for difficulty, Barber says it is unquestionably a “a step up for Australia.” Nonetheless, he concedes that the country has “a long way to go” in terms of  “really difficult crack climbs.”

“The challenge is finding the lines, as steep hard cracks don’t seem to be very common,” he says.