The climbers set the new record of 2 hours 1 minute 50 seconds on Monday, June 4. 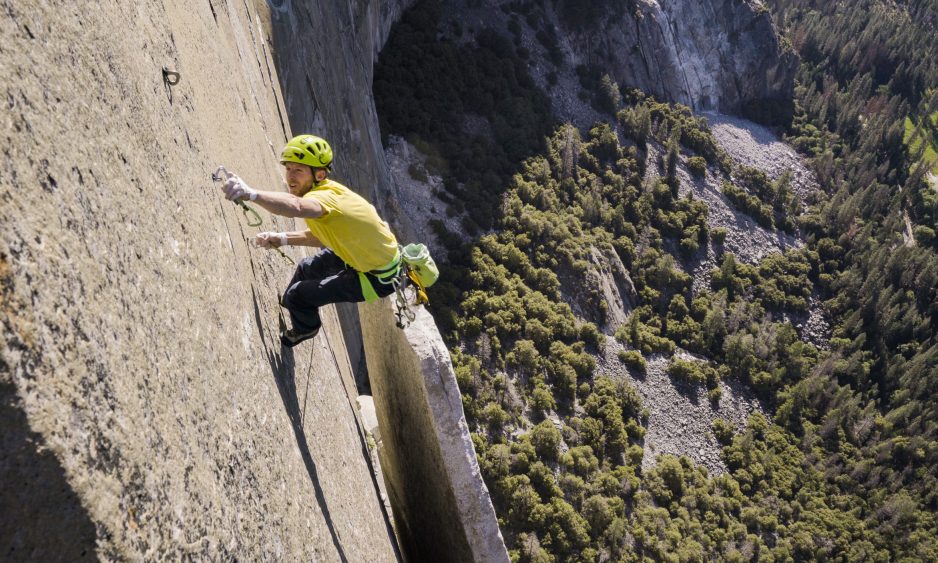 Today, June 4, Alex Honnold and Tommy Caldwell crushed their own previous Nose speed record of 2:10:15, set on May 30, after sending El Capitan’s iconic route today in 2 hours 1 minute 50 seconds. Yeah, that’s right. 3,000 vertical feet in 2:01:50. They broke their previous record by 9 minutes 25 seconds. How’s that for an ego destroyer? You should just return that Black Diamond harness/ATC/chalkbag starter pack you bought at REI right now, because you’ll never catch these guys.

“Sadly, we got a rope stuck at the top [today] and Tommy had to rap a bit. Cost us a few minutes, I think. But good progress,” Honnold told Jayme Moye for Men’s Journal.

The Nose used to be an epic, a voyage into the unknown. Climbers would be on the wall for four, five days. But the record has been falling fast in recent years, with Hans Florine and Yuji Hirayama knocking it under three hours in 2002, and dudes like the Huber brothers bringing it further down. The all star team of Florine and Honnold teamed up in 2012 to set it at 2:23:46. It sat there for half a decade, until Brad Gobright and Jim Reynolds clocked 2:19:45 last October, a time Honnold and Caldwell beat May 30 with their 2:10:15 summit. Now, these cats make the Nose seem like something you could swing on your lunch break.

A few days after their most recent record break of 2:10:15 on May 30, when asked if he thought they could push for a sub two hour time, Caldwell told R&I, “I mean we’re just going to see how it goes. I think that what we did a couple days ago wasn’t perfect. It felt safe enough too, so I think we’re both like, well, let’s just see what we can do.”

With regards to delays on their time of 2:10:15 and where he thought they could pick up the pace, Caldwell noted, “I think we can just do a little bit all over. It’s a matter of doing lots of pitches 15 seconds faster.” He noted, “I had to untie twice and pull my rope because it got stuck. … So there’s probably like two minutes worth of cluster in there that would be nice to avoid.”

Florine, the man most associated with setting and breaking the speed record over recent years, recently told Rock and Ice: “I do think they can take it under 2 hours. Neither Tommy nor Alex has trained for an ‘all out 2 hour effort’ in the past and every time they go at it their body is learning that exertion feeling. They are of course learning little secrets on the route here and there. If they can afford to stick with it for a couple more goes, I believe they’ll get it.”

Florine—who recently authored an op-ed exploring Honnold and Caldwell’s speed climbing exploits on the Big Stone—broke both his legs in a Nose fall earlier this year. This was the second major accident of late, with Quinn Brett taking a 100 foot fall on the route last October. Brett managed to make a recovery, but was left paralyzed from the waist down.

-Watching The Iron Giant (and crying at the end)

-Hangdogging up two 5.10s at that chossy crag behind your uncle’s barn

-Eating dinner at one of those Hibachi grill places