Miss Hawley, who passed away at the age of 94 on January 26, 2018, was the foremost chronicler of Himalayan climbing over the last half century. 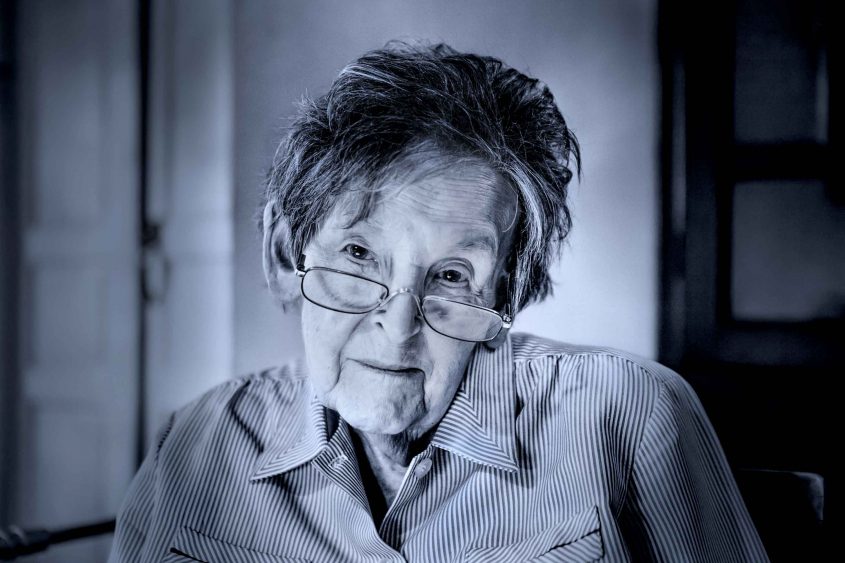 Anyone who has ever set foot on an expedition peak in Nepal would have come across Miss Elizabeth Hawley. Dubbed the Miss Marple of the Himalaya—a term she never warmed to—this American journalist lived in Nepal since 1960 and was regarded as the undisputed authority on Himalayan climbing. Known for her sharpness and her formidable interrogation skills, she would grill every mountaineer coming back from a Nepalese expedition peak trying to establish whether he or she really did what they claimed. She was known to phone and demand an audience with the expedition members even before they were able to put down their backpacks in the hotel.

This special era ended in the wee hours of January 26, 2018, when Miss Hawley died in the CIWEC clinic in Kathmandu at the proud age of 94. Her death has not only brought down one of the main pillars of Himalayan climbing, it has also ripped a hole into the lives of those close to her. “The nice thing is that she kept her willpower and sharpness until the very end,” said her nurse Dawa Sherpa, sadly. She had been looking after Miss Hawley (as she was widely known) in her longtime home in the Dilli Bazaar district of Kathmandu for the past five years.

Elizabeth Ann Hawley was born on November 9, 1923, in Chicago, Illinois and was educated at the University of Michigan. Even though she would have never referred to herself as a feminist, her incredibly independent life reflected just that. “I didn’t know what I wanted to be, but I knew that I didn’t want to be a secretary,” is her loud and clear opening statement in Alison Otto’s documentary The Keeper of the Mountains.

Elizabeth Hawley came through Kathmandu during the late fifties when she traded in her researcher’s job with Fortune Magazine and launched herself around the world. “Nepal was high on my list. I had read a short article on the Himalayan Kingdom in The New York Times and how it was opening up toward the West,” she told me once. She came, she saw and she never left. “I guess inertia kept me here,” she kept on saying when she was asked why she never went back to her home in the United States.

Her initial work in Nepal was as a stringer for Time Life and Reuters and she was an important mentor for some of the finest journalists in this country. “Liz taught me precision and I owe a lot of my journalistic skills to her,” says Kunda Dixit, editor of the Nepal weekly newspaper Nepali Times. “She didn’t suffer fools gladly.”

Clad in her trademark high-waisted tweed skirt with perfectly groomed hair and armed with her ever-present clipboard, her piles of papers and a bag full of paperclips—they had to be of the right sort and were preferably from a country other than Nepal as Asian paperclips do “get rusty”—she would rock up in her baby-blue Volkswagen Beetle at the hotels in Kathmandu to interview expeditions. In her interrogations she would frequently dwarf some giant mountaineer when he sat next to her in one of the many lobbies she conducted her interviews in. But still, despite her fierce and relentless questions, an expedition in Nepal would not be the same without the infamous visit from Miss Hawley. “Liz helped build trust and facilitated communication between Nepal and its visitors. For this, we all owe her a great depth of gratitude,” said American climber Conrad Anker in a tribute to her.

Over the years, many mountaineers, historians and anyone who had ever heard abut the great archives of Elizabeth Hawley wondered why on earth she was still doing it with such accuracy and drive. Was it simply a hobby, a long-lost love in the mountains? Even passion? “How could you possibly have a passion for a database? I have never had a passion for anything,” she responded when I asked why she had kept going for so long. “When I start things, I finish them and that’s that.”

Elizabeth Hawley was one of the most unpretentious people I have ever known. She did not like being in the spotlight, could not understand the public’s fascination with her personality, and when she made a decision, she stuck to it—without an ounce of regret. “She was a true rationalist,” said Kanak Mani Dixit, a Nepalese publisher and journalist. She certainly was, especially when she decided to give up her work for the Himalayan Database, which was the digitalized version of her archives created by Richard Salisbury and released in 2004. “During an interview with an expedition, my mind went suddenly blank for a while. I knew that I had to stop doing it,” Hawley said.

Given her zest for accuracy and sharpness it was a logical decision, and it was on that day when she passed the scepter on to me. The handover came in complete Miss Hawley style, without making a fuss or having prolonged discussions about it. “I don’t know whether she knows, but I am [it] handing over to Billi Bierling,” I had to read in an interview she did with the German journalist Stefan Nestler. “She is good, she is fast, she is crazy.”

Filling Elizabeth Hawley’s shoes will be impossible and keeping up her legacy will be a huge task. However, with the support of the other assistants Jeevan Shrestha, Rodolphe Popier and Tobias Pantel, as well as Richard Salisbury, we will certainly do our very best to continue her valuable work.

On a personal note, I will miss her hugely in my life in Kathmandu. I will miss the daily phone calls, her bossiness and impatience, her stubbornness, her wicked sense of humor, her sharpness and the twinkle in her eye that often gave away that, even though she seemed irritated, she did not really mean it.

Billi Bierling heads the team at The Himalayan Database, and was the longtime assistant to Elizabeth Hawley before she took the helm. In addition to interviewing climbers, Bierling is an acomplished alpinist herself, having summited Everest, Lhotse, Makalu, Cho Oyu and Manaslu among other Himalayan peaks.

Also read The One Who Counts: A Profile of Elizabeth Hawley