Denali 2018 and the Poop Challenge
News +

This year climbers on Denali will have to carry even more crap—literally. They must take their solid waste from the mountain, due to the bacteria polluting the glacier and watersheds. 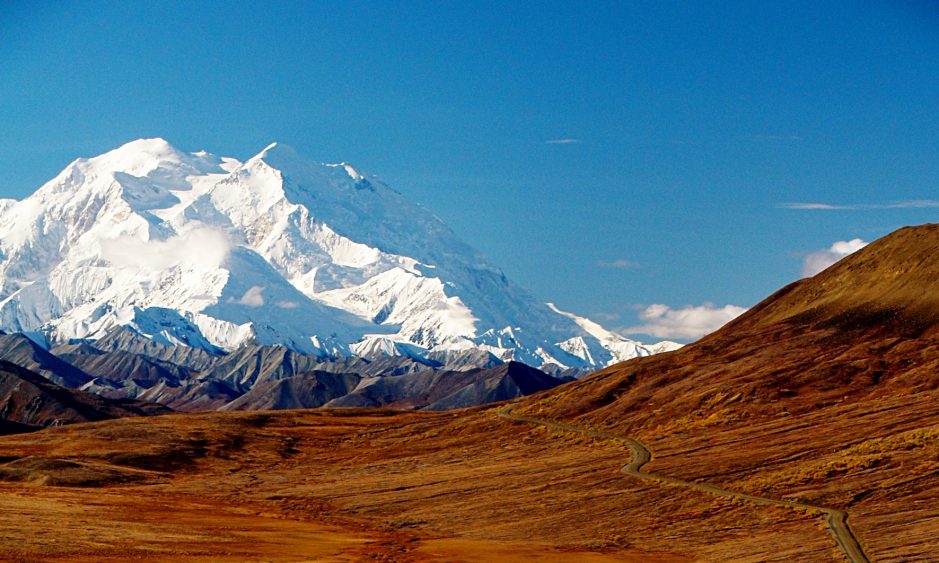 Each year, hundreds of climbers travel to Alaska to climb the highest mountain in North America, enduring temperatures as low as -35 degrees Fahrenheit and volatile weather, wearing heavy packs and dragging sleds loaded with up to 100 pounds of food in the thin, high-altitude air.

But this year climbers on Denali will have to carry even more crap—literally. They must take their solid waste from the mountain, due to the bacteria polluting the glacier and watersheds.

This season, climbers on the West Buttress of Denali, the most climbed route on the mountain,  will have to bring all their solid human waste to the National Park Service Rangers Station in Talkeetna—the closest town to the National Park—from Camp 2 at 11,200 feet and below. Stool from the high camps at 14,200 (Camp 4)  and 17,200 feet (high camp), must be deposited in locations designated by the rangers around Camp 4.

Roger Robison, a semi-retired mountaineering ranger at the NPS station in Talkeetna, started researching a decade ago whether the tons of climbers’ poop was having an impact on the glacier.

Robinson said that in recent years studies conducted by Michael Loso, a glacier geologist working for the NPS, shown that the bacterium Escherichia Coli—E. coli—is present in the lower parts of the Kahiltna glacier.

Loso explained that the waste disposal practices on the West Buttress represent a “health hazard” to climbers, and a limited but growing threat to downstream users of the lower glacier and the Kahiltna River where low concentrations of fecal bacteria were found in water samples collected in his research.

For climbers, the risk is that they melt their drinking and cooking water from snow. According to Robinson, there have been years when outbreaks of stomach diseases have occurred on the West Buttress due to the presence of feces in the snowpack.

“We are starting to find  E. coli on the lower glacier, which is from people, and those people are climbers,” Robinson said. He explained that human waste that was deposited as long as 50 years ago never entirely breaks down and it is starting to make its way out to pollute the Kahiltna glacier.

Loso said that in the Kahiltna River, the risk might remain “trivial” due to low contaminant concentrations and limited human use.

For the E.Coli to show up in the lower portion of the glacier, it traveled around 40 miles.

“It’s a huge, piece of ice. The waste that is left behind is frozen intact until it surfaces or water runs through it and throws it out,” Robinson said.

According to Robinson more than 35,000 climbers have visited Denali over the years. The average daily poop per person is about half a pound, and each person spends around 15 days on the mountain. The result is 262,500 pounds of human waste are in the glacier.

Robinson said that the only reason the new regulations do not cover feces from higher camps on the mountain is the safety of the guided groups whose clients could have difficulty descending from the camp at 14,200 feet with a havey sled heavy over two of the most difficult descents of the mountain: Squirrel and Motorcycle hills. Even so, 400 climbers voluntarily brought their stools to Talkeetna last season.

There are six companies authorized to guide Denali. Two of them voluntarily participated in the 2017 season to remove all the solid human waste from the mountain.

Alpine Ascents International took the initiative, according to its president, Todd Burleson. “Last year we carried all solid human waste off the mountain,” he said.  “It is a lot of work putting more strain on clients carry loads, but this new initiative is a good balance and the right thing to do.”

According to guide Wyatt Evenson, Alaska and Seven Summits Coordinator of The American Alpine Institute, their six teams of the 2017 season carried out all their waste. “Our company dedicates itself fully to limiting environmental impact and keeping Alaska’s water clean,” he said.

“As a guide, I did not notice much of, if any, difference or increase in difficulty. Expedition participants were happy to know that we contributed to this,” Evenson said.

Alpinist and skier Jeremy Anderson has been taking climbing and skiing expeditions to Alaska for the past 20 years. He understands why it can be a difficulty for some climbers to descend snow slopes with heavy loads: “I can see someone who doesn’t have a lot of glacier navigation [experience] having trouble, and guides working harder,” he said.

He sees the new regulations as positive steps toward protecting glaciers, which he believes is necessary, but he expressed the difficulty that it would be to climb a technical route carrying a Clean Mountain Can. A CMC, as it is known by rangers, is a bucket where climbers deposit bags of feces.

Robinson explained that the regulations are only for the popular West Buttress and whoever uses this route as an approach for technical climbs such as the West Rib or the Cassin Ridge. “While on those routes they are required to toss their waste off technical portions,” he said, noting the difficulty and danger of carrying a CMC up technical routes in the mountain.

Dale Remsberg, technical director of the American Mountain Guide Association, climbed Denali 20 years ago and was surprised by the results of the researchers. He assumed that the waste deposited in crevasses would stay there and the bacteria would die over time.

Robinson says that last year’s pilot project was so successful that this year the regulations are mandatory and there will be sanctions for those who do not comply with the rules. He’s not ruling out including the whole mountain in the regulations in the future.

“It all comes down to science—good science saying that E.coli can survive long enough to make it into the water sources that are going down the river.  I think it’s a problem that climbers should want to solve and be part of,” Remsberg said.

Giselle Cesin is a journalist from Venezuela. She is currently getting her master’s degree in Environmental Journalism at Colorado University Boulder. She spends her free time exploring and climbing cold places all over the world. Follow Cesin on Instagram at @gisellecesin.

Sherpas on Denali: First Nepalese Ascent of the West Rib