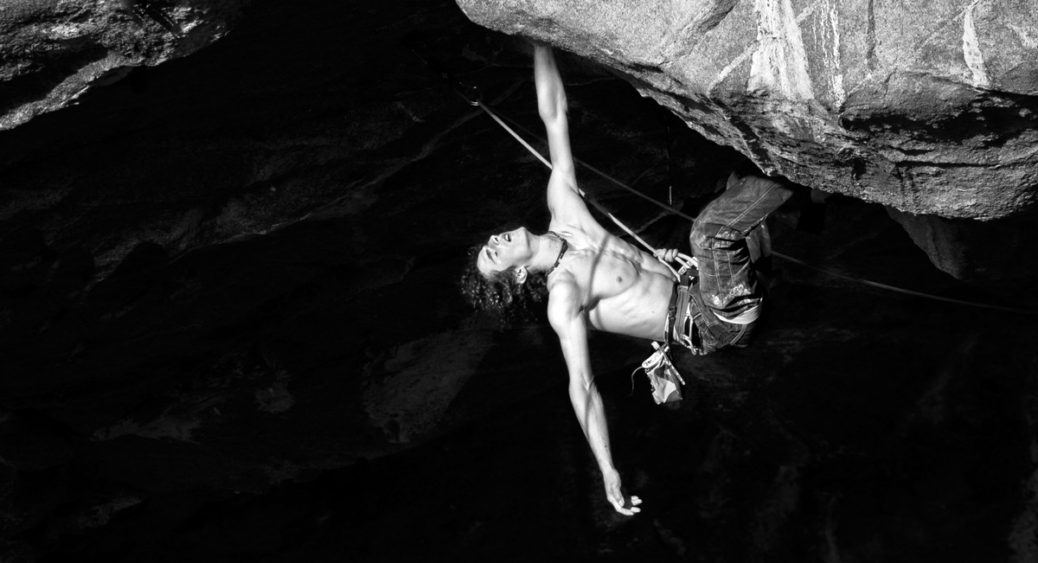 Adam Ondra catches a marginal rest on Move (5.15b) in the Hanshelleren Cave, Flatanger, Norway, on the cover of Rock and Ice issue 215 (January 2014). Photo: Claudia Ziegler.

Adam Ondra, the man who ushered in the world’s first 5.15c with Change in 2012, has raised the ceiling once again. Today, September 3, he sent “Project Hard” in the Hanshallaren Cave of Flatanger, Norway. Ondra graded Project Hard 9c (5.15d), which makes it the hardest climb in the world.

Ondra has spent around five weeks this summer working the 45-meter mega project in the granite cave. The climb begins with 20 meters of sustained 8b/5.13d climbing to a knee-bar rest, before entering a 10-move 8C/V15 crux. If that wasn’t enough, the route still has 8B/V13 and 7C/V9 cruxes that guard the chains.

This July, to train for Project Hard, Ondra established a new route called Move Hard (9b/5.15b) in the cave. The climb links Move (9b/5.15b), Ondra’s 2013 route pictured on the cover of Rock and Ice in January 2014, into the second, 8B crux of Project Hard. He called the route a “good training link up.”

He continued to make steady progress on the climb throughout the summer, dividing his time between the project and his training cave in the Czech Republic. Shortly after making the first ascent of Move Hard, Ondra linked Project Hard from 20 meters up, skipping the 8b/5.13d intro. “Finally some progress on Project Hard,” he reported on Instagram. “Possibly my hardest route ever,” he wrote, referring to the linkup, “except for the fact that [it] is not a route at all… yet.” The truncated route still went at a stiff 9b+ (5.15c).

This morning, Ondra came close to sending on his first go from the ground. He reported that he was happy with the attempt, although “a little worried” about the skin on his pinkie finger. “Felt like another ordinary day on the Project,” Ondra later told his sponsor Montura. “It was hot, but the air was crystal clear and dry. I felt very little pressure and lot of psyche.